The government will lower its testing fee of MOP 120 to MOP 100 for its nucleic acid testing (NAT) scheme, which comprises four stations, from Thursday. 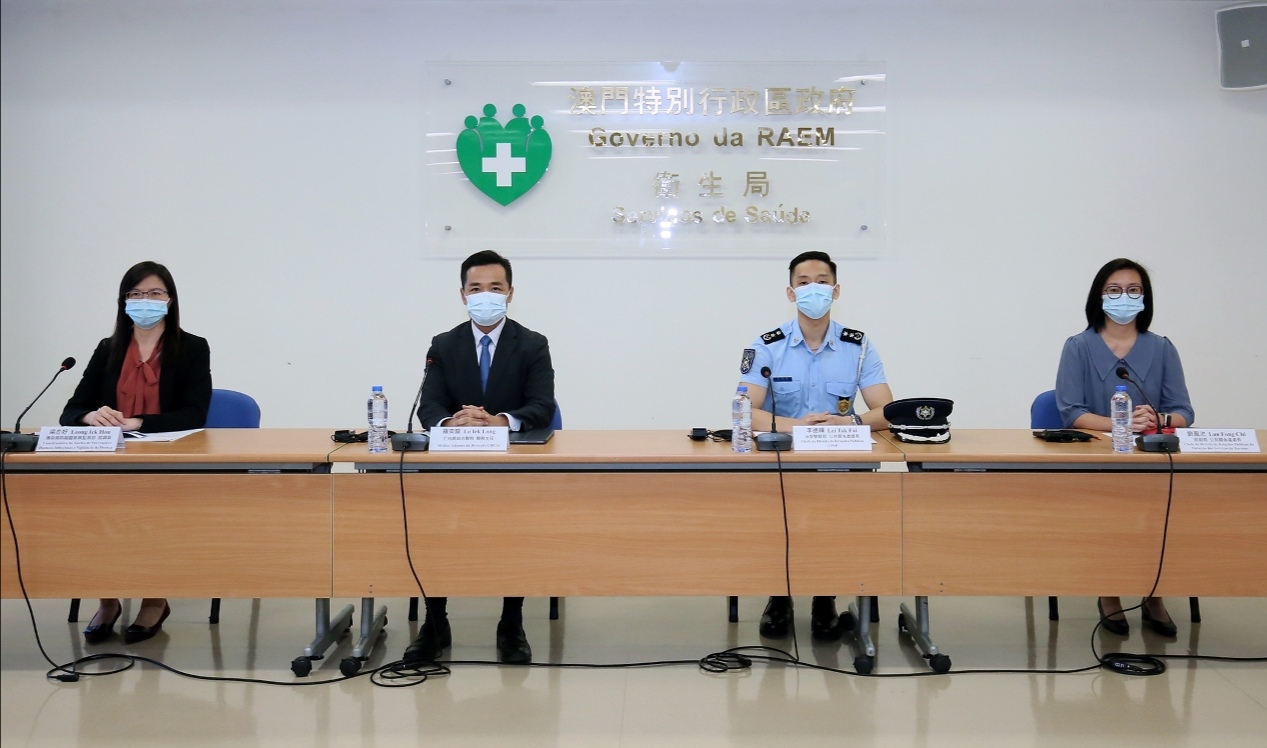 The four testing stations run under the government’s NAT scheme are located at the Taipa Ferry Terminal in Pac On, the Macau Forum complex in Zape, the private Kiang Wu Hospital, and the University Hospital run by the private Macau University of Science and Technology (MUST).

The Health Bureau (SSM) has commissioned a third-party testing institution – Kuok Kim (Macau) Hygiene Examination Company Limited – to carry out COVID-19 testing under its NAT scheme, which was launched in May, at two testing stations – the main one at the Pac On ferry terminal and the other one at the Macau Forum complex. Kiang Wu Hospital, which is located on the peninsula, and the University Hospital, which is located on the MUST campus in Taipa, joined the government’s NAT scheme in August and September respectively.

The testing fee was MOP 180 when the NAT programme was launched in May, before it was lowered to MOP 120 in August.

Lo said on Monday that the NAT fee will be further reduced after the government’s discussions with Kuok Kim, Kiang Wu Hospital and the University Hospital.

Lo said that a lower NAT fee will meet local residents’ expectations. “The lower the fee, the more beneficial to residents,” Lo said, adding that that’s why the government has been constantly negotiating the price with the testing institutions under its NAT scheme for an even lower testing fee.

Lo said that the testing fee under its NAT scheme could be further lowered thanks to a gradual increase in the number of tests carried out per day since the launch of the scheme, and a constant decrease in the price of testing tools and test reagents purchased by the local government from suppliers.

Lo also pointed out that the new testing fee of MOP 100 under Macao’s NAT programme, which will start on Thursday, will be very close to the mainland’s current fee of 75 yuan, which is equivalent to about MOP 90.

According to Lo, for those who have made an appointment to undergo their nucleic acid tests on or after Thursday and had already paid the current testing fee of MOP 120 on the NAT scheme’s online appointment system, the 20-pataca difference will be automatically refunded to the user’s payment account. Those who have paid the fee of MOP 120 in cash at the bureau’s health centres, health stations and the public hospital can apply for the refund at the public hospital, Lo said.

Macao residents and non-resident workers (informally known as blue card holders) are exempted from the testing fee when undergoing their first COVID-19 test at the Pac On testing station and the Macau Forum testing station, while they do not enjoy the first-test fee waiver when undergoing the nucleic acid test at Kiang Wu Hospital and the University Hospital, as the two hospitals have applied to provide COVID-19 testing service under the government’s NAT scheme which is not a service outsourced by the government, unlike Kuok Kim which has been commissioned by the government to carry out COVID-19 testing under its NAT scheme.

Macao has not recorded a new COVID-19 case for 129 days, while no local case has been confirmed in 218 days.