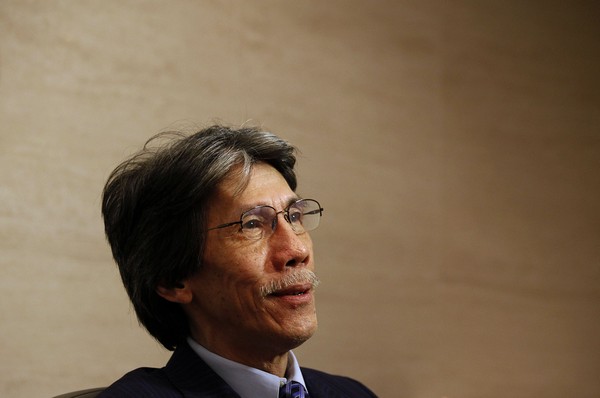 About 40 businesspeople from a number of associations representing different sectors of small- and medium-sized enterprises (SMEs) urged the government Thursday to simplify the hiring of non-local workers.

They also expressed their opposition to the Federation of Labour Unions’ recent call for a specific law to ban non-locals from working in certain sectors.

The businesspeople expressed the views while attending a forum on human resources and sustainable development for SMEs.

The forum was hosted by the Macau Federation of SME Associations which is chaired by prominent businessman David Chow Kam Fai. The event was held at Macau Fisherman’s Wharf, which is co-owned by Chow.

The attending businesspeople, many of them board members of their respective associations, told the one-day meeting that the city’s severe labour shortage was making it particularly difficult for them to operate.

They represented sectors such as transport, tourism, retail, restaurants and conventions and exhibition businesses as well as cleaning services.

They said that if the government would come up with legislation to ban imported workers from certain sectors, local workers would most likely move to the legally protected sectors to work, which would further worsen Macau’s labour shortage in sectors in which SMEs are the major employers.

Chow pointed out in his concluding remarks that most local companies are SMEs, saying that if their development was retarded, it would be less possible for Macau to diversify its economy.

Chow also said that if the government draft legislation banning non-locals from working in particular sectors, workers in other sectors would also call for this kind of ban sooner or later.

Chow told The Macau Post Daily after the forum that the number of employable residents was insufficient for Macau to function as a tourist destination and welcome 30 million visitors every year. “It wouldn’t be a problem for Macau to have another 100,000 imported workers, which would allow Macau to provide its visitors with a better service,” he said.

Chow said that “protectionism” would undermine Macau’s capability to develop into a world tourism and leisure centre. He urged the government to refrain from drafting any legislation that would ban the employment of non-local workers in certain business sectors.

Trade unions have called for a law to ban the employment of non-locals as croupiers and drivers.

According to official statistics, Macau’s population stood at 589,200 at the end of September, including 130,822 imported workers, or 22.2 percent of the population. (macaunews)