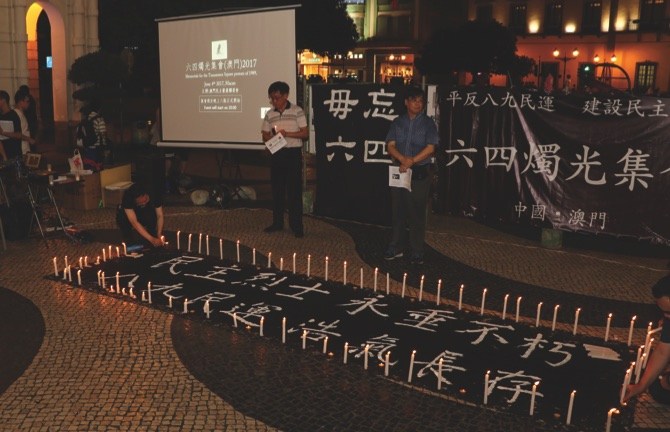 The duo, both veteran lawmakers and leaders of the Macau Democratic Development Union, have been organising the annual vigil since 1990 to commemorate the June 4 incident in Beijing in 1989.

Speaking to reporters before the vigil, Ng said “It’s my duty to tell the next generation about what had happened [in the incident], but I have no right to force them to accept the information we give them.”

“Some young locals may not want to take part in tonight’s [last night’s] vigil because they think that China has become a powerful country and central government decisions can’t be overturned,” said Ng.

A master’s degree student surnamed Peng from the mainland, who attended the vigil, told The Macau Post Daily that he joined the event out of curiosity.

“[The incident] is something that the Chinese government has tried to conceal from its people for a long time. That’s why I found it necessary to come here and learn the truth,” said Peng, who studies at a local university.

Peng said he already knew about the incident in the mainland, but was attending the vigil for the first time.

According to observers, between 100 and 200 people attended the vigil. Last year’s vigil drew a crowd of about 200, according to media reports at that time.