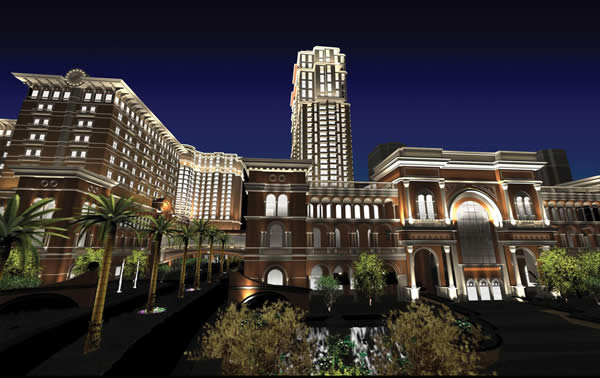 Sands China said in a terse statement Wednesday it was neither selling its Four Seasons Hotel nor spinning off of the company’s shopping mall assets through a business or real estate investment trust.

The statement followed Hong Kong media reports that Sands China had allegedly sold 19 serviced apartments in the Four Seasons Hotel in Cotai under a timeshare scheme and intended to spin off its shopping mall assets through a business or real estate investment trust.

The Hong Kong-listed US gaming operator said in the statement that “there is absolutely no basis to the information in the news reports.” The statement also said that “the company considers these reports to be intentionally false and is seeking legal advice accordingly.”

The Macau government said Wednesday that it had sent a letter to Sands China asking for a clarification on recent Hong Kong media reports claiming that units in the US gaming company’sFour Seasons property may be sold as serviced apartments under a timeshare scheme.

Secretary for Public Works and Transport Lau Si Io made the remark after attending a meeting ofthe legislature’s First Standing Committee that continued to discuss a bill on the use of the city’s scarce land resources.

According to The Macau Post Daily, Lau made the remark after reporters asked him about Hong Kong media reports about the matter.

According to the news reports, most of the 19 serviced apartments in the Four Seasons Hotel are about 7,000 square feet (650 square metres) in size each with the largest covering 8,180 square feet. Based on the estimate of a Hong Kong property agent cited by the reports each apartmentwould cost at least HK$100 million and all the units would generate about HK$$2.486 billion if sold off.

Hong Kong media also reported there were rumours that Sands China intended to spin off its localshopping mall assets through a business or real-estate investment trust.

However, Sands China’s statement  did not specifically refer to the company’s alleged timeshare plans mentioned by the Hong Kong media. The statement merely said that Sands China “wishes to emphasise that although it was consistently stated in its annual reports that its business strategy includes the monetisation of its non-core assets, there is absolutely no basis to the information in the news reports.”

Talking to reporters after the meeting of the legislature’s First Standing Committee, Lands, Public Works and Transport Bureau (DSSOPT) Director Jaime Roberto Carion said that any transfer ofownership of the Four Seasons Hotel or the respective plot of land needed formal approval by the government.

Asked by reporters as to whether it was possible or not to sell the 19 serviced apartments in the hotel under a “timeshare” scheme, Carion said that the government had “no say” on the “possible options to be used to sell the apartments” as long as the business did not violate the respectiveland-lease contract signed with the gaming operator.

“Currently the government is waiting for an explanation [from Sands China regarding the news reports] …” Carion said, adding that if the company applied to transfer ownership of the hotel, the government would have to consider various conditions stimulated in the land-lease contract, namely that the plot of land was granted to the gaming operator to support the development of the city’s gaming industry.(macaunews)