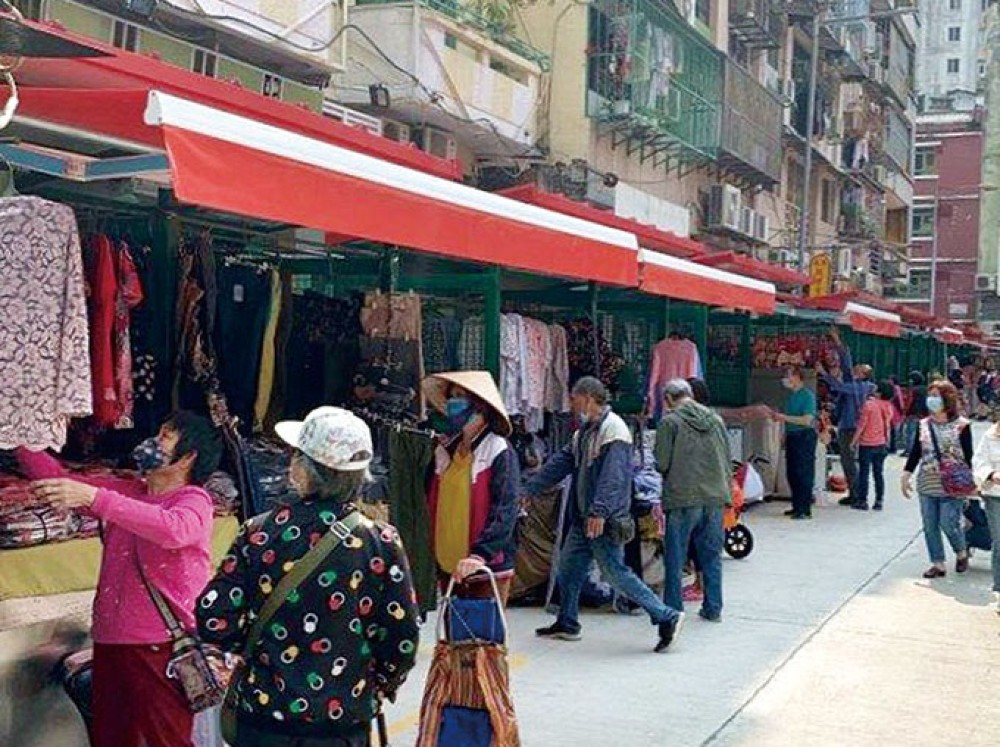 Street vendors outside the Red Market have gradually moved to their new stalls since last week, following the area’s revamp by the Municipal Affairs Bureau (IAM).

According to an IAM statement last week, the bureau has improved the overall business environment in the area outside the Red Market. The renovation project had been carried out in several stages since last year. The project has been completed recently and the vendors have reopened their stalls.

The Red Market is one of the city’s municipal wet markets overseen by the bureau.

According to the statement, the stalls were newly designed, each with the same size and design, leaving more space for shoppers between the stalls. Each stall is now also equipped with retractable awnings. The statement said the overall aim of the project was to enhance the community and business environment in the area.

Several vendors told the Macau Post Daily on Sunday they were happy with the outcome of the project as their stalls “look better than before.” However, some of them said that the retractable awnings turned out to be unsuitable for stalls selling clothes. They said that the stalls get wet when it rains as the awnings were not installed in the right position, which could not protect their goods from getting soaked.