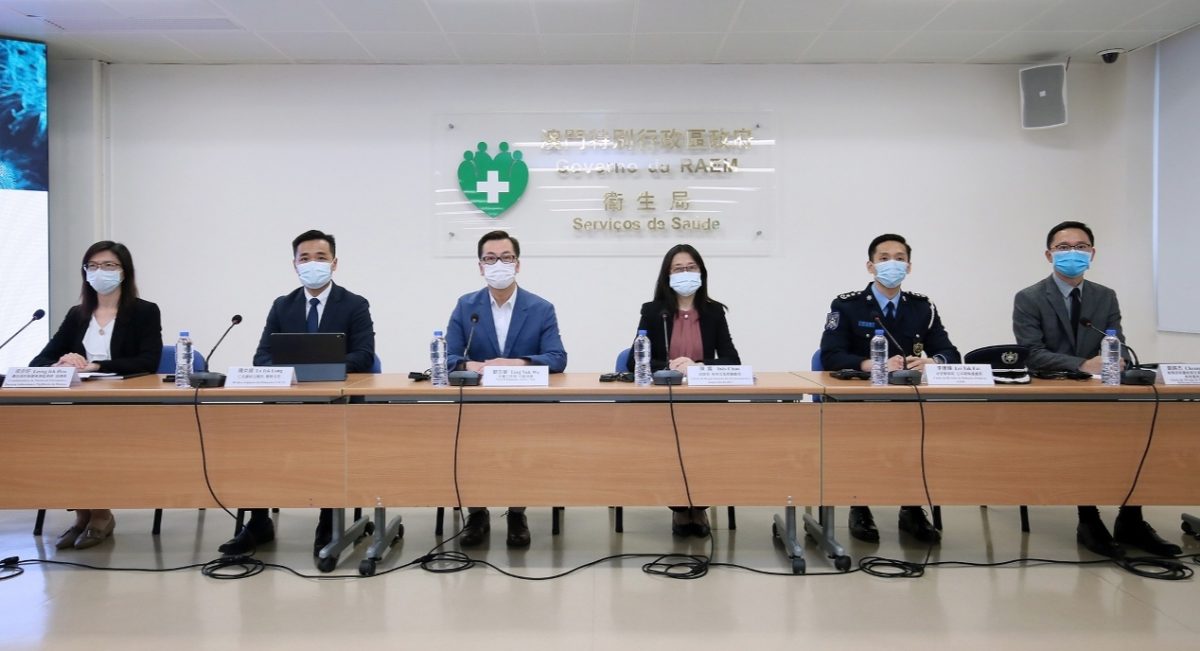 Addressing Wednesday’s daily press conference about Macau’s novel coronavirus (COVID-19) situation, Lei Tak Fai, who heads the Public Relations Division of the Public Security Police (PSP), said that two more people – a local resident and a non-resident worker from Nepal – have been found to have breached home quarantine rules, and the two case have been transferred to the Public Prosecution Office (MP) for further investigation.

The Public Security Police said on Tuesday that three people – two local residents and a non-resident worker from Indonesia – had been found to have breached quarantine rules. The two local residents who were undergoing home quarantine had been found to have left their respective homes by police officers during a spot check, while the Indonesian non-resident worker who was under medical observation at a designated hotel had been found by the police to have left the guestroom to get food and daily necessities. The police said on Tuesday that the three cases had been transferred to the Public Prosecution Office for further investigation.

During Wednesday’s press conference at the Health Bureau (SSM) adjacent to the public Conde de S. Januário Hospital Centre, Lei said that the two new cases were detected on Tuesday by police officers during a spot check. According to Lei, the police found that the local resident, whose gender was not revealed, was not staying in an address that he or she had told the authorities. Lei said that the police found that the address that the male Nepalese non-resident worker had told the authorities was not a genuine one, after which police officers managed to contact the man, who admitted that he failed to undergo his quarantine in line with the official guidelines and admitted that he had been out and about.

So far, the police have caught 5 quarantine skippers

SSM Control of Communicable Diseases and Surveillance of Diseases Department Coordinator Leong Iek Hou said on Wednesday that her bureau has ordered the five people to stay under medical surveillance at designated places. Leong said that four of them have been moved to mandatory quarantine at designated hotels, while one of them, whom she did not identify, has already left Macau and gone to Zhuhai.

The local government has pointed out that quarantine skippers face a prison term of up to six months.

Leong said that the Zhuhai authorities have informed the local authorities that the person has gone into quarantine at a designated place there.