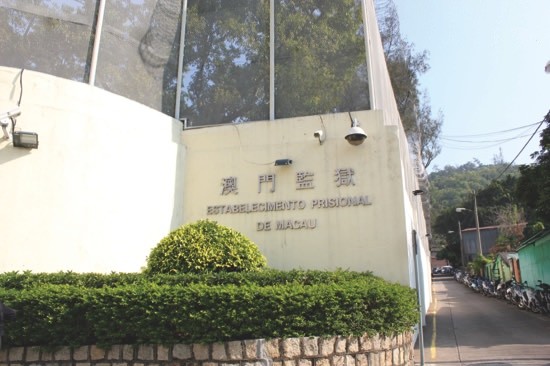 Legislator Andrew Chan Chak Mo said on Thursday that according to the director of Macau Prison, prisoners will only get three hours smoking time per week should the government-drafted tobacco law amendment bill pass.

The legislature’s Second Standing Committee Thursday met officials from Macau Prison in the Legislative Assembly (AL) to discuss the possible impact on its operation should the bill pass. The meeting was closed to the media as is customary.

The controversial tobacco control and prevention amendment bill proposes a blanket smoking ban for all indoor areas in the prison, which was met with concern from several legislators who worried that the new rule could cause a riot in the jail. To address his fellow lawmakers’ concerns, Chan, who chairs the committee, invited Macau Prison officials to hear their take on it.

Speaking to the media after the meeting, Chan said according to Macau Prison Director Lee Kam Cheong, 66 percent of the currently 1,256 prisoners are smokers. He said that the prison currently provides smoking and non-smoking cells, adding that prisoners are required to inform authorities whether or not they are smokers before they are assigned a cell.

Chan said as the prison currently provides cells in which prisoners can smoke, smoking is forbidden in most of the prison, even outdoor areas.

However, if the bill passes the legislature unchanged, the smoking cells would have to be removed under the new law. According to Chan, the director said he would make any changes required by the law, adding he wasn’t worried that such changes would cause rioting.

However, Chan said that according to the prison director, inmates may riot over trifling matters such as a game of chess.

Chan said the director proposed that if lawmakers pass the bill, prisoners could smoke outdoors during the three-hour outdoor time they get every week.

As is customary, the bill will be discussed in detail by the committee before it is returned with a report by its members about the final version to another plenary session for a final article-by-article vote.

The bill also proposes a blanket ban on smoking in casinos. However, the government has indicated that it may soften its stance on the issue if gaming operators are able to prove that they can install smoking lounges with separate ventilation systems.

Hotel guests decline 22.9 pct in May

Rosario says no plans to inspect all Macau subsidised flats