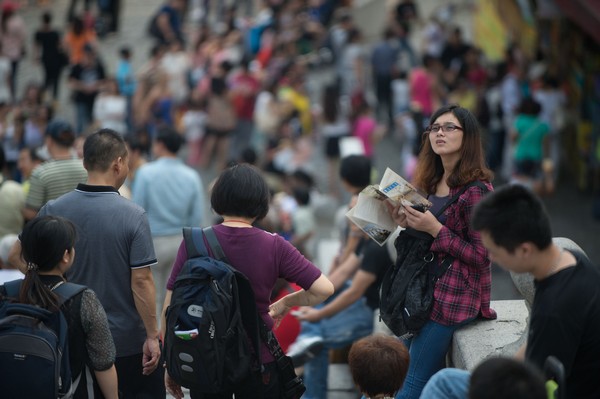 Macau’s population reached 598,200 at the end of the September, an increase of 6,300 from the end of June,  the Statistics and Census Bureau (DSEC) said Monday.

The city’s population has gone up by 36.5 percent since the establishment of the Macau Special Administrative Region (MSAR) in December 1999, when the population stood at 438,100.

The number of non-local workers, informally known as blue card holders, rose by 9,628 quarter-to-quarter to 130,822 at the end of the third quarter, accounting for 21.8 percent of the total population.

Females accounted for 51.4 percent of the population at the end of September.

In the first three quarters, 2,391 mainlanders were given permission to move to Macau.

Between January and September, 4,815 live births were recorded, a decrease of 7.5 percent year-on-year. A total of 1,389 deaths were recorded during the same period, down by eight percent.(macaunews)

MJC pledges to invest up to 4.5 billion patacas

Macau promotes itself in Taiwan to attract more tourists

10 missing as boatload of illegal ‘gamblers’ from mainland China capsizes