Uber soft-launched its controversial service in Macau on Thursday, but the Public Security Police (PSP) and Transport Bureau (DSAT) said 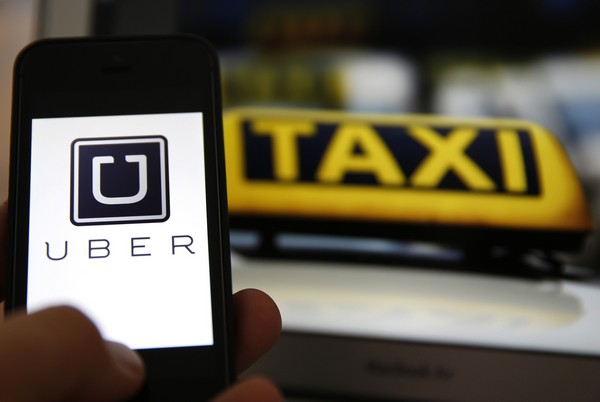 Uber soft-launched its controversial service in Macau on Thursday, but the Public Security Police (PSP) and Transport Bureau (DSAT) said in a joint statement late last night that its service is illegal.

The US company said in a statement, headlined “Uber arrives in Macau,” that it “offers Macau residents and visitors a new safe, reliable, and high-quality transportation option at the tap of a button.”

According to the statement, its initial offering, known as UberBlack, “connects riders with drivers for a 5-star transportation experience at the tap of a button.”

The statement also said that the company’s “entry into the city has been eagerly anticipated,” quoting Uber Macau “launcher” Tomas Campos.

Campos was quoted as saying that “the demand in Macau even before we launched has been tremendous. To date, 127,000 users have opened up the app in Macau to see if they could get an Uber yet.”

The statement also said that local singer Siufay was the first rider to experience the local service on Thursday morning.

“The Uber experience is totally awesome – the car arrived in just three minutes, the service provided by the driver was outstanding, and I loved getting out without having to fumble with cash,” the statement quoted Siufay as saying. The statement did not say how much the singer had to pay for his ride.

The company said that Macau was its 343rd city in which it offers its services.

According to the statement, every ride is insured, “and Uber’s global insurance policy also provides coverage if a driver’s own vehicle insurance is exhausted or does not apply to an incident for any reason.”

While Uber appears to be popular among its users, according to Wikipedia there are others who argue that the company creates unfair competition for conventional taxis because the company reportedly does not pay taxes or licensing fees, or that it offers little protection for the passengers as some of its drivers are said to be untrained and unlicensed.

Meanwhile, the joint statement by the Public Security Police and the Transport Bureau said that according to local laws and regulations, a vehicle must be duly registered as a taxi before a driver can offer someone a ride for payment of a fee. Consequently, according to the joint statement, it is illegal for Uber to operate in Macau. It pointed out that Uber drivers were facing a 30,000 pataca fine.

The joint statement added that the police will be closely monitoring the app for possible violations of the law.

Speaking on a phone-in programme of Ou Mun Tin Toi, the Chinese-language radio station of government broadcaster TDM, on Wednesday, General Association of Macau Taxis Owners President Leng Sai Hou said that while he understood that a service like Uber is illegal in Macau, he urged the government to be open-minded and come up with regulations which would allow a similar app-based taxi system in the city.