Secretary-General of Forum Macao to return to Beijing Link copied

Xu Yingzhen, secretary-general of the Forum Macao, will leave her position and return to Beijing 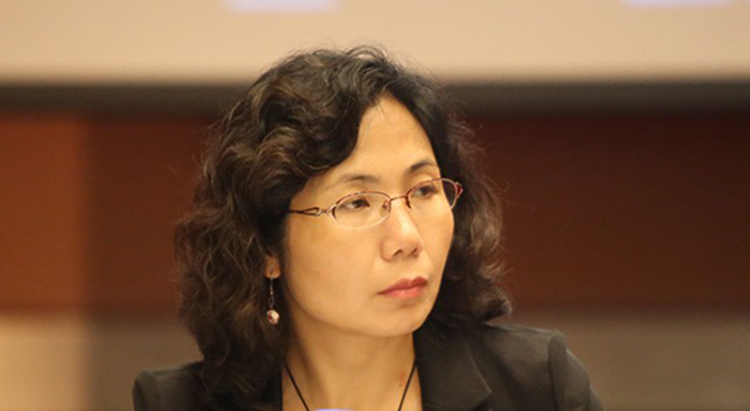 Xu Yingzhen, secretary-general of the Forum for Economic and Trade Co-operation between China and Portuguese-speaking Countries (Forum Macao), will leave her position, according to Macau Daily Times today.

Xu is due to return this weekend to Beijing and the Ministry of Commerce (MOFCOM).

The secretary-general announced her departure days after returning from Beijing where she went for a work visit.

Xu was appointed as Forum Macao secretary-general in August 2016.

There are no indications if Xu will stay in the MOFCOM, in Beijing, or will be appointed to another position abroad.

“Before taking over the post in the Forum Macao, Xu served as Commercial Counsellor of the Department of American and Oceanian Affairs of the Ministry of Commerce of China for several years,” according to the paper.

The Macau Daily Times also write that ,“Possessing a strong background in international trading and commercial activities and practices, the outgoing Secretary-General also has extensive experience in foreign affairs and a good knowledge of the markets of Portuguese-speaking countries.”

On Monday, Xu met with diplomats from the Portuguese-speaking countries to say farewell and announce her return to Beijing.

Tian, also from MOFCOM, was appointed to Forum Macao in 2017.

Meanwhile, Deputy Secretary-General Rodrigo Brum is also due to leave the Forum Macao after three years as representative of the eight Portuguese-speaking countries in the institution.

Diplomatic sources confirm that Brum might be replaced by ambassador Paulo Jorge do Espirito Santo who was already appointed by the Sáo Tomé and Prīncipe government as his substitute.

Espirito Santo is still waiting for the formal agreement of the eight Portuguese-speaking countries and China to take Brum place during the next meeting of Forum Macao that has been delayed because of the pandemic.

The Forum Macao structure also include Casimiro Pinto a third Deputy Secretary-General that was appointed by the Macao government.