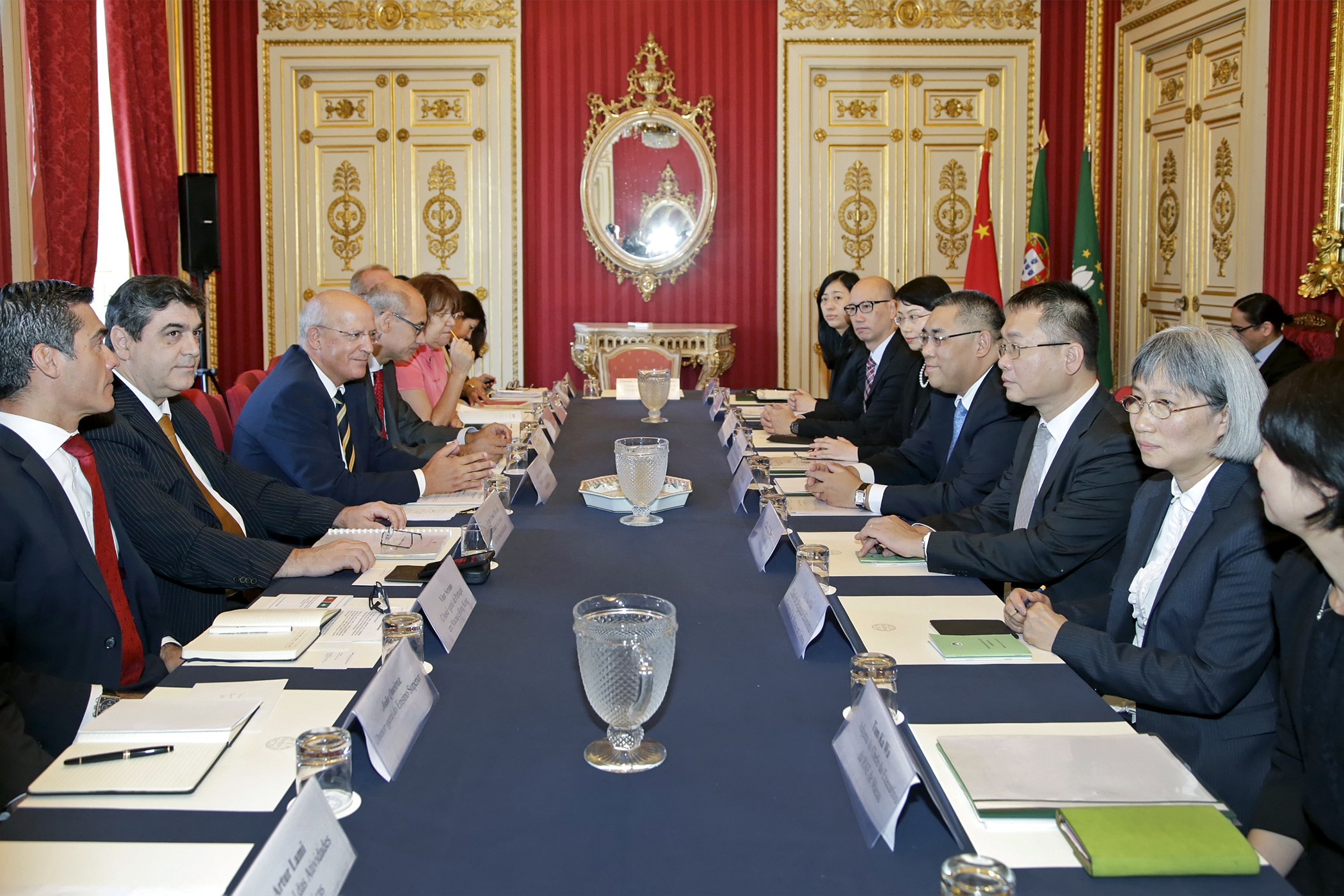 Macau Chief Executive Chui Sai On said Monday in Lisbon that in the future Portugal and Macau can strengthen economic and trade cooperation and further develop training of professionals in the Portuguese language.

According to the Macau Government Information Bureau, during the visit, Chui attended the meeting of the Joint Macau-Portugal Commission and discussed issues related to the economy, trade and the Portuguese language in Macau.

The Chief Executive said he expected Portugal to continue using Macau as a platform between China and Portuguese-speaking countries and assured the support of the special administrative region to Portuguese companies that want to take advantage of China’s development and existing facilities in the Free Trade Zones in China to promote their business.

The Chief Executive also ensured that in the future the teaching of Portuguese in Macau would be strengthened to train bilingual staff and emphasised that Portugal has an important role to play in this area.

The Portuguese Minister of Foreign Affairs, Augusto Santos Silva, who represented the Portuguese side during the meeting of the joint committee said that Portugal recognises that Macau is an excellent platform for the development of cooperation between China and Portuguese-speaking countries and dissemination of the Portuguese language in China.