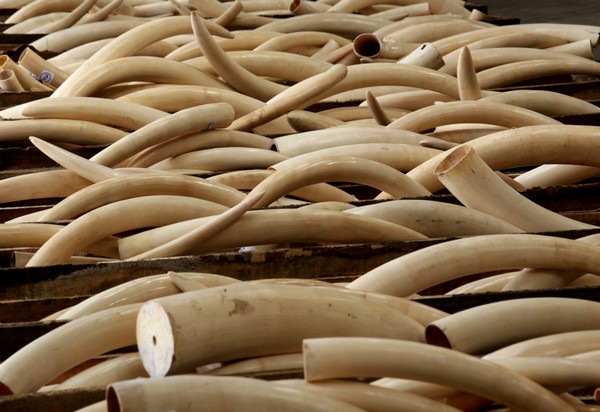 Tai made the remarks during a plenary session in the Legislative Assembly (AL).

Asked by lawmaker-cum-unionist Jose Pereira Coutinho, Tai said his bureau had transferred 748 kg of confiscated ivory to the Finance Services Bureau (DSF). He did not give time span for the transfer. Of the total amount, around 350 kg have already been destroyed while about 150 kg will be destroyed later, according to Tai.

He did not say exactly when and how the ivory will be destroyed.

Unlike in other jurisdictions, there has been no public destruction of confiscated ivory in Macau.

The remaining 200 kilos or so have been transferred to other government organs for educational purposes, the DSE director added.

The legislature on Wednesday passed the outline of a government-proposed bill on the local enforcement of the Convention on International Trade in Endangered Species of Wild Fauna and Flora (CITES), also known as the Washington Convention.

The bill will now be reviewed in detail by a standing committee of the legislature before it second and final vote by a plenary session.

Introducing the bill during a plenary session in the legislature, Secretary for Economy and Finance Lionel Leong Vai Tac pointed out that the convention has applied to Macau since 1986, adding that the bill would replace a decree law which came into effect that year.

The bill proposes that anyone in Macau must obtain a licence and a certificate before importing, exporting, re-exporting, holding or transporting specimens of any species listed in the convention’s appendices, Leong said, adding that the bill also proposes that anyone planning to artificially breed or propagate any of the species listed in the appendices will be required to register with the Civic and Municipal Affairs Bureau (IACM).