Macau, China, 28 Apr – The government of Macau decided on Monday to boost its preventive measures against a possible 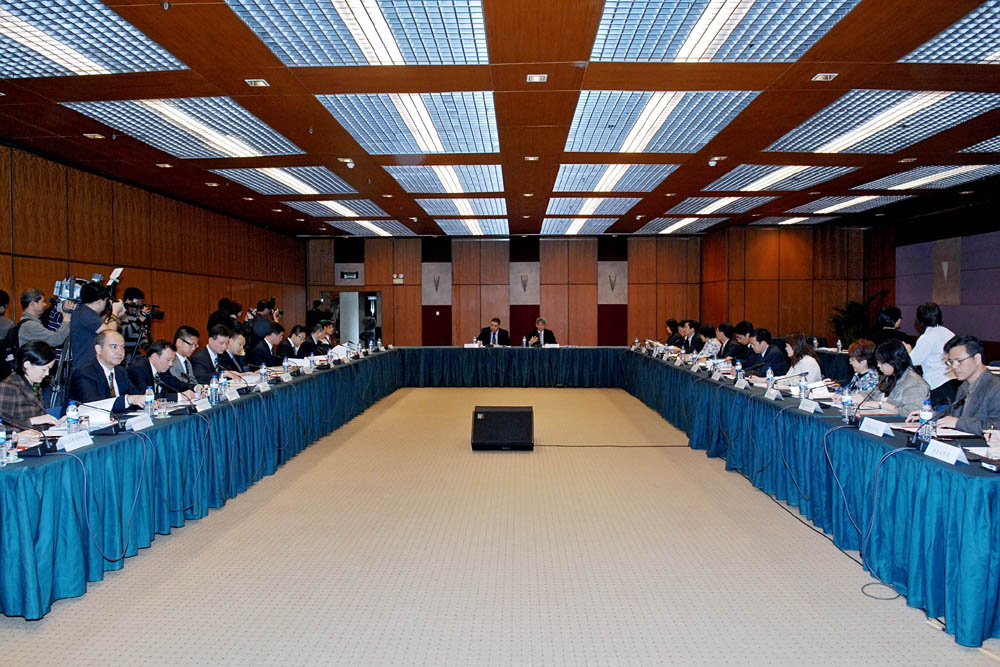 Macau, China, 28 Apr – The government of Macau decided on Monday to boost its preventive measures against a possible outbreak of swine flu ( H1N1), which was detected in Mexico and in the United States, specifically through tightened border control and hospital emergency measures.

Fernando Chui Sai On, the Macau secretary for Cultural and Social Affairs and the president of the committee dealing with the flu pandemic, said that Macau had enough medication and preventive and protective equipment and called on the population to increase care with personal hygiene.

"After analysing the situation and confirming the high risk of swine flu, the government decided to boost surveillance, sanitary inspections, triage measures and quick methods of screening, as well as border control, while hospitals prepare quarantine wards," said Chui Sai On.

Chui Sai On also said that the supply of medication and equipment will be strengthened depending on needs, and he also said that the government in contact with the World Health Organisation Regional Office for the Western Pacific, the Chinese Health Minitsry, and thw National Centre for Prevention of Disease Control, as well as the health services of Guangdong and Hong Kong.

The committee composed of officials from the tourism and health sectors, the Civic and Municipal Affairs Institute (because of the importance of food) and the security forces has given assurances that it will follow all the recommendations of the World Health Organisation

The director of the Macau Health Bureau, Lei Chin Ion, said that the "government has already taken the necessary measures against the flu pandemic and Macau’s Health Services reserve is sufficient."

Lei Chin Loi said that the flu pandemic committee decided from the 25 April to increase its alert for the flu pandemic, strengthen the screening of patients with fever at border control and place Hospital Conde S. Januário and Coloane quarantine centres on high alert. Also, social and educational facilities have been ordered to increase monitoring of patients with fever or respiratory symptoms.

The Health Services director also said that temporary guidelines had been given to health institutions and professionals, with the aim of detecting flu at an early stage and strengthening protective measures when executing medical tasks.

Lei Chin Ion also said that Macau had the capacity to determine if someone is carrying the H1N1 virus.

In a first stage of a suspect case, the health authorities carry out a "quick" analysis to determine if the virus is +A+ – the same as the swine virus – and if this is confirmed, the virus is then analysed to determine its actual origin, in a process that takes between three and five days, where the patient is in quarantine.

Lei Chin Ion said, however, that it is "impossible to guarantee" that Macau will not be affected by the swine virus.

Ever since 2003, which was when the outbreak of the SARS virus happened in Asia, Macau has operated a special quarantine unit.

Despite the high alert, Macau has not decided to prohibit the import of food from the affected areas, however, there is not official statistical register of fresh or frozen meat imported from Mexico.

Over 350 Macau residents are currently travelling in the countries that have actual or suspected cases of swine flu (though none are in Mexico), a situation which is being monitored by the Macau Tourism Services.