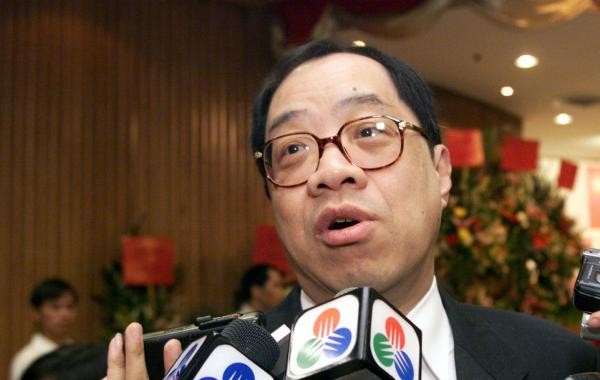 The Macau government said in a terse statement Tuesday that it has started reviewing the concession of five plots of land linked to the mega-graft scandal involving jailed ex-secretary for transport and public works Ao Man Long.

Hong Kong-listed Chinese Estates Holdings is building is luxury La Scala residential development on the five plots of land near the airport in Taipa.

In the statement, cited by The Macau Post Daily today, the government said it did not rule out nullifying the orders granting the transfer of the five plots of land “involved in an unlawful act.”

The government said it had decided to review the land concession after conducting a “thorough analysis” of last month’s ruling of the Court of Final Appeal (TUI), which sentenced Ao to 29 years behind bars in his third trial for corruption, abuse of power, money laundering and a host of other serious crimes.

Chinese Estate Holdings said in a statement to the Hong Kong Stock Exchange on June 6 that it could appeal any decision by Macau’s authorities to invalidate the land concession.

Lau was named in Ao’s latest trial. Macau’s Court of First Instance (TPI) has announced that Lau and business partner Steven Lo Kit-sing are slated to stand trial in Macau for their alleged involvement in the HK$20 million bribe paid to Ao.

Both Lau and Lo have strenuously denied the bribery allegation, insisting that the HK$20 million was a “consultancy fee” paid to a company owned by Ao.

In Tuesday’s statement, the government also said that it would “strictly follow” the court’s ruling concerning the La Scala project, adding that it would in due course release further information on its handling of the case.

Prominent local lawyer Miguel de Senna Fernandes told The Macau Post Daily  that “in theory, after the confirmation of the sentence, the [concession of the] land is invalid but there is a procedure for the government to follow before it can invalidate it.”

However, Senna Fernandes stressed that the confirmation of the Ao’s latest sentence did not necessarily mean that the land concession was actually invalid.

The sentence was legally confirmed after no-one appealed it during the 10 days following its announcement.

Chinese Estate Holdings also said in its June 6 statement that because of its 2011 revised land concession agreement with the government it had “invested substantially in the La Scala project,” adding that so far it had presold 304 units in the development, with total contract sales amounting to about HK$3.8 billion, “of which cash deposit of around HK$384 million was received.”

Ao has been behind bars since December 2006. According to local graft-busters, his case involves at least 800 million patacas in bribes and other ill-gotten gains including fine wines and expensive herbs.(macaunews)