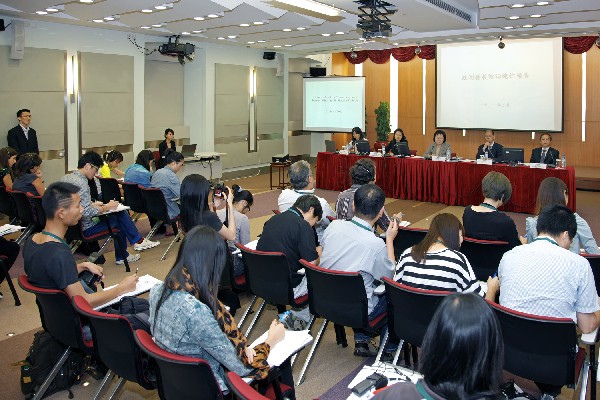 The Executive Council (ExCo) has finished discussing the two government-drafted amendment bills regarding the possible changes to two annexes of the Macau Basic Law regarding next year’s direct and indirect legislative elections and the election of the chief executive in 2014 – a short eight days after the government finished its 45-day public consultation drive on the political system development proposal on April 23.

The bill regarding the changes to the method of next year’s legislative elections suggests that there should be two additional seats for both directly-elected and indirectly-elected lawmakers, known as the “+2+2” option, while the bill regarding the proposed changes to the method of electing chief executive in 2014 suggests that the current 300-member Chief Executive Election Committee be increased by 100 members – known as the “+100” option.

ExCo spokesman Leong Heng Teng during a press conference Wednesday to announce details of the two bills said that the bills would be submitted to the Legislative Assembly “immediately”.

The 10-member Executive Council is the government’s top advisory body. All government-drafted bills must pass through the council before their submission to the Legislative Assembly (AL) for debate and vote.

Leong maintained that there has been a consensus in civil society and that the so-called “mainstream” opinions in society are clearly supporting the “+2+2” and “+100” options, after the government analysed a total of 165,247 opinions gathered through different channels during the consultative process.

The current five-year term of the election committee would remain unchanged.

The bill also suggests that any candidates for chief executive election should be nominated by at least 66 members of the election committee while currently it is stated that at least 50 members should nominate a candidate.

Currently, there are 29 lawmakers – comprising 12 directly-elected and 10 indirectly elected lawmakers as well as seven government-appointed lawmakers.

The two bills will be sent to the People’s National Congress Standing Committee (NPCSC) after they have gained the support of at least two-thirds of the legislature’s 29 members.

According to the Macau Basic Law, any change to the methods of electing members of the legislature has to be reported to the NPCSC for the record, while any amendment to the method of electing the city’s chief executive needs to be formally approved by the NPCSC.(macaunews)