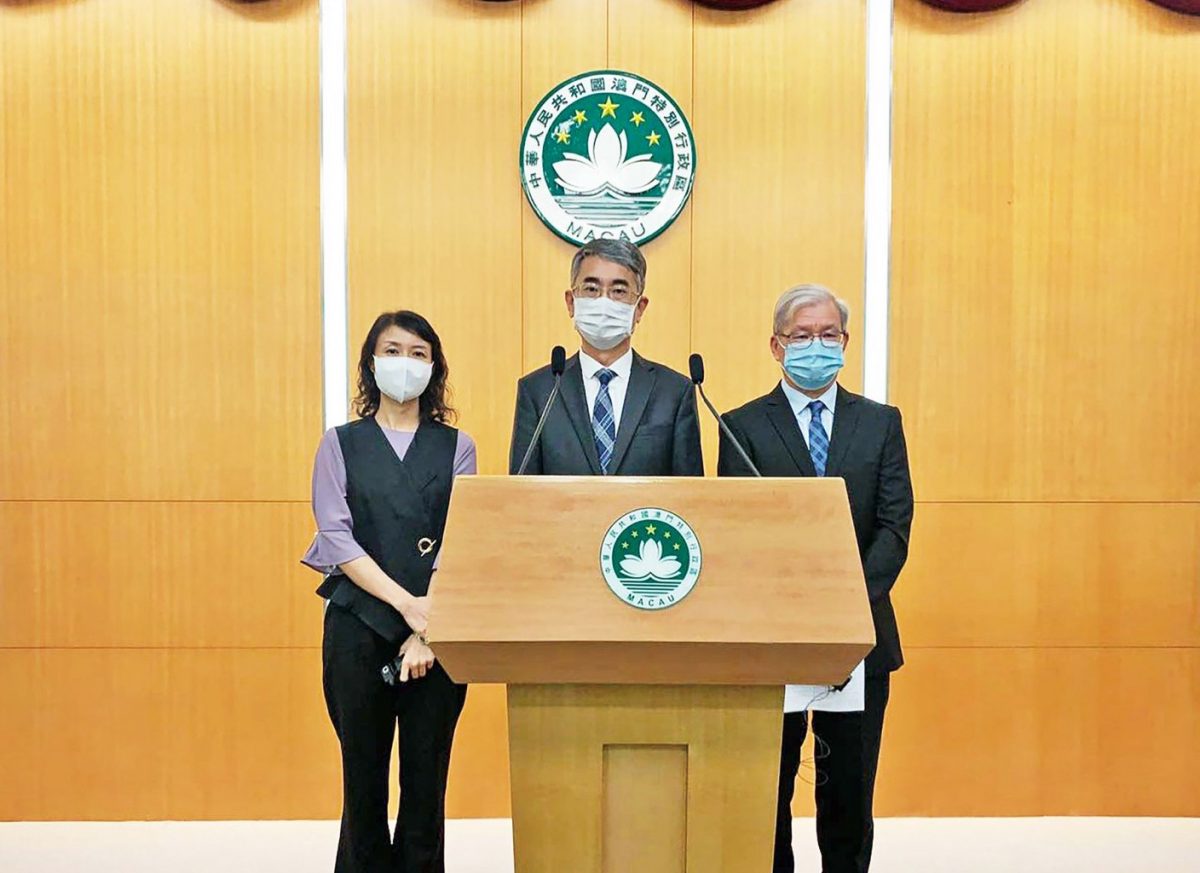 Secretary for Administration and Justice André Cheng Weng Chon says that a row of former textile factory buildings situated in an area planned for the city’s first-ever tyre park in Taipa need to be demolished as they pose an environmental hygiene threat to the nearby residential neighbourhoods, apart from the fact that some of the low-rise buildings have asbestos roofs, a prohibited construction material as it is harmful to people’s health.

Inhalation of asbestos fibres can lead to serious lung conditions, including lung cancer, asbestosis and mesothelioma.

Cheong, whose portfolio also oversees the city’s municipal affairs, also said that the government has decided to build a temporary tyre park in the area to enable residents to enjoy a new leisure space as soon as possible by making good use of idle plots of land, before determining the area’s permanent use in line with the city’s future urban master plan, which will take several years at least.

Cheong also said that the Cultural Affairs Bureau (IC), the government entity overseeing the city’s heritage protection matters, has given a green light to the demolition of the old factory.

Cheong, Macao’s number-two official after Chief Executive Ho Iat Seng, also said that while the government understands that some residents would like to have old buildings in the city preserved for their perceived historical value, Macao is a small city where only a limited number of plots for the city’s continuous urban development are available, adding that therefore it has decided not to keep the old factory as part of the tyre park plan project.

Cheong made the remarks during Friday’s Executive Council press conference when asked by reporters about the views by some activists and lawmakers calling for the government to keep the abandoned factory building while pushing ahead with the type park project. The activists and legislators said that keeping the building for its historical value as an industrial heritage site and building a tyre park in the area would not be a contradiction, citing similar examples in a number of neighbouring regions.

The Municipal Affairs Bureau (IAM) announced during a press conference on 14 August that it will convert four idle plots of land that are located next to each other covering an area of about 19,000 square metres in total in central Taipa into a tyre park with a budget of MOP 30 million, in response to residents’ desire for the government to increase the city’s leisure spaces by making good use of idle plots of land.

IAM officials said they expected the park project to get off the ground in the first quarter of next year and to be completed in the fourth quarter of the same year. The IAM officials also said that the government has decided to turn the four idle plots that it has repossessed into a tyre-themed park on a temporary basis as it still does not have a plan for their permanent use, and therefore it expects the park to operate for quite a while.

The area slated for the tyre park project comprising the four plots, officially known as BT8, BT9, BT11, BT12, abuts Avenida de Kwong Tung and Grand Dragon Hotel, as well as the Nova Taipa Garden, Nam San Garden and Hipódromo Garden residential estates. The row of buildings of the former factory, which was built in the late 1960s and has been abandoned since the early 1990s, is located on plots BT11 and BT12, which abut Nam San Garden. The government demolished part of the dilapidated factory buildings earlier this year.

According to the Official Gazette (BO), the city’s then Portuguese administration allowed Fábrica de Artigos de Vestuário Estilo Limitada, which was granted the four plots’ land concessions in 1964 for building and running a textile factory, to transfer them to four different property investment companies in late 1999 – i.e. shortly before the establishment of the Macao Special Administrative Region (MSAR) – for the development of high-rise residential projects. The four plots had remained undeveloped before the government annulled their land concessions in 2015 as the leaseholders had failed to develop the plots listed in the concession agreements, which were signed in late 1999, within the contractual periods.

As the leaseholders had failed to return the four plots to the government after the official deadlines, officials took action and repossessed the plots in September last year.

In an interview with a number of local media outlets early last week, Rhino Lam Iek Chit, a member of the Cultural Heritage Council – a government-appointed consultative body tasked with advising the government on the city’s heritage protection matters – pointed out that the textile factory was the largest one in Macao’s textile and garment industry when it opened in 1967. Macao’s textile and garment manufacturing sector reached its pinnacle in the 1980s when it was the city’s a pillar industry, before its rapid decline in the 1990s, Lam said, adding that the textile factory in Taipa was among the earliest modern factories in Macao’s rapid development of its manufacturing sector so it is a rather significant factor in the history of the city’s manufacturing development.

Lam, an urban planner by profession, said that almost all of the buildings of the factory on plot BT11 have recently been demolished. Lam said that the remaining part of the row of buildings– the part on plot B12 – is located in the area where the planned tyre park’s mini football fields, basketball courts, volleyball courts and badminton courts are to be set up, occupying only one sixth of the future park, adding that therefore keeping the old factory building would not significantly affect the fundamental essence of the park’s design that has been announced by the government.

Since the government announced the tyre park project, lawmaker-cum-activist Sulu Sou Ka Hou and legislator-cum-scholar Agnes Lam Iok Fong have urged the government to keep the remaining part of the factory while continuing with the park project. Sou said that keeping the old building would not “clash” with the tyre park project as it only occupies a small part of the area, urging cross-departmental cooperation to create a “win-win situation”. Agnes Lam said that it was not worth an industrial heritage site of historical and architectural importance to disappear merely for a temporary park project. She described the factory as a symbol of Macao’s industrial modernisation.

During Friday’s press conference, Cheong noted that the row of factory buildings is lower than the level of the roads surrounding it, resulting in a serious water accumulation issue during the rainy season every year around the former factory complex, posing a long-standing environmental hygiene threat to residents living nearby, adding that the residents have been constantly urging the government to tackle the hygiene issue there.

Cheong said that the government’s repossession of the four idle plots last year had enabled it to take action to solve the long-standing hygiene issue there so that the Lands, Public Works and Transport Bureau (DSSOPT) had already demolished part of the dilapidated factory buildings.

Cheong said that as the roofs of the remaining building are made of asbestos, DSSOPT officials needed to hire a professional team from Hong Kong to demolish it, but the demolition has been delayed as the team cannot come to Macao due to COVID-19 entry curb and quarantine measures between the two cities.

Cheong underlined that the demolition will continue after the Hong Kong team are able to come to Macao following the possible relaxation of the COVID-19 entry curb measures.

Cheong said that the government can determine the four plots’ permanent use only after formulating the city’s urban master plan, a public consultation on which will be launched next month. Cheong said that the legal urban planning procedures for determining the area’s permanent use would take at least several years, adding that therefore the government has decided to make good use of the city’s land resources first and build the temporary tyre park on the four plots.

Cheong acknowledged that the textile factory was an integral part of Macao’s manufacturing development, despite its relatively short duration. Cheong reaffirmed, however, that the authorities have consulted the Cultural Affairs Bureau on the fate of the old factory, which determined that the building does not need to be preserved in line with the Cultural Heritage Protection Law.