Tropical storm Pakhar lashed Macau with strong winds but no severe damage or injuries have been sustained. Typhoon no. 8 lasted seven hours between 6am and 1pm on Sunday. 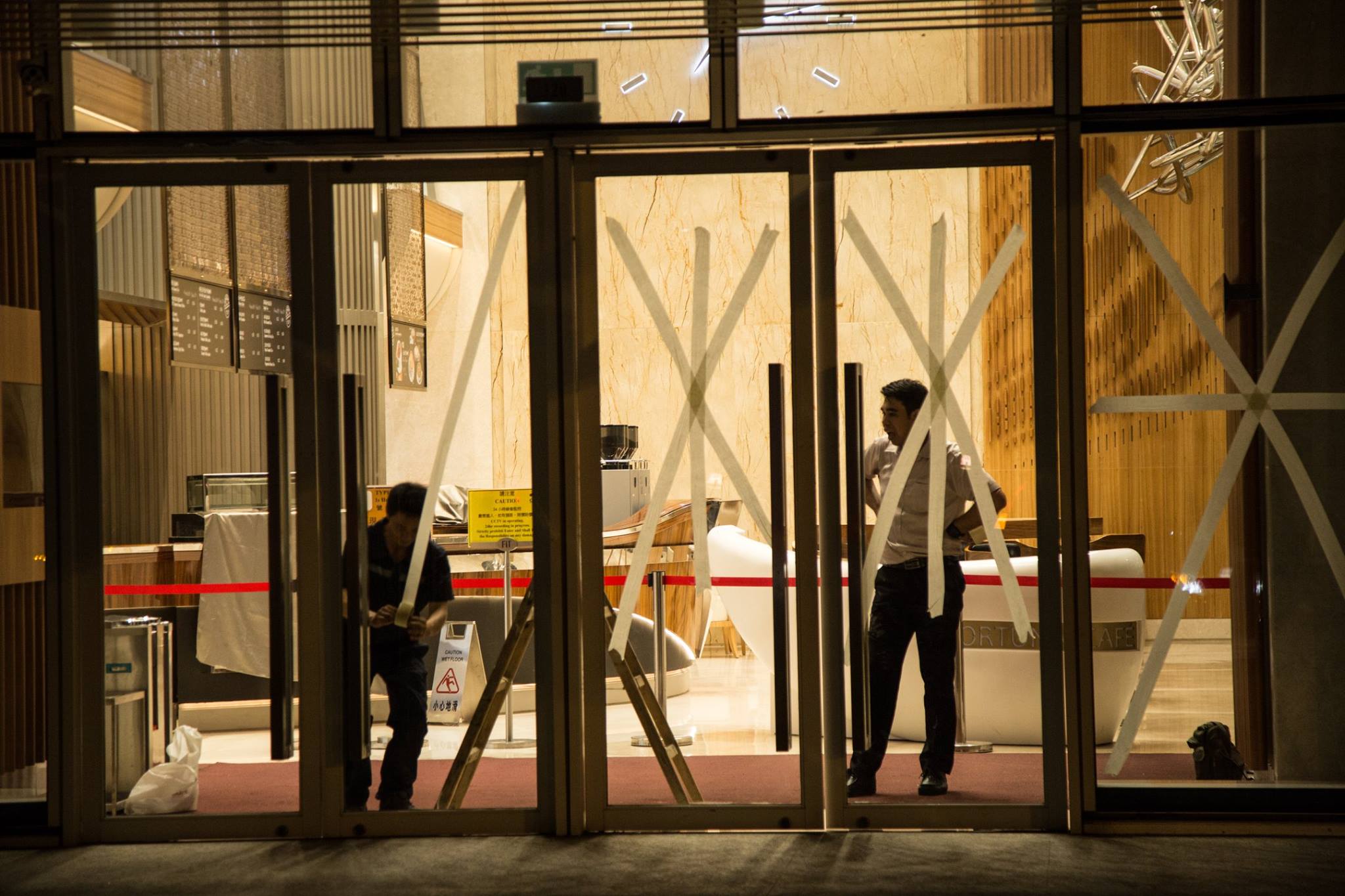 Tropical storm Pakhar lashed Macau with strong winds but no severe damage or injuries have been sustained. Typhoon no. 8 lasted seven hours between 6am and 1pm on Sunday (27 August).

Pakhar has already made landfall in the Guangdong province, but signal no. 3 is still being hoisted in Macau. Winds to be experienced in Macau may range from 41 to 62 km/h and gusts of about 110 km/h. The present signal might be lowered in the coming hours. Pakhar is now located about 360 km from Macau.

One thousand People’s Liberation Army (PLA) soldiers are continuing their efforts in the restoration and clean-up of the city along with government services and thousands of local citizens that have taken to the streets to volunteer. Many have appealed to social media to gather the civil society to participate in volunteer efforts.

In the aftermath of Typhoon Hato, The Macao Government Tourism Office (MGTO) has cancelled the 29th Macao International Fireworks Display Contest scheduled for September and October of 2017. On Friday, the MGTO also appealed to tourists that intend to visit Macau to reassess their plans.

On Saturday, 20 tanker trucks arrived from Guangdong to Macau to support the water supply. The trucks will distribute water to the population, avoiding the usage of water from the public pumps on the streets. This will help water be better distributed among residences. Some buildings that suffered damages from Typhoon Hato are still in need of water and electricity in some areas of the city.

The Chief Executive of Macau and Secretaries are coordinating the efforts to reconstruct the city.