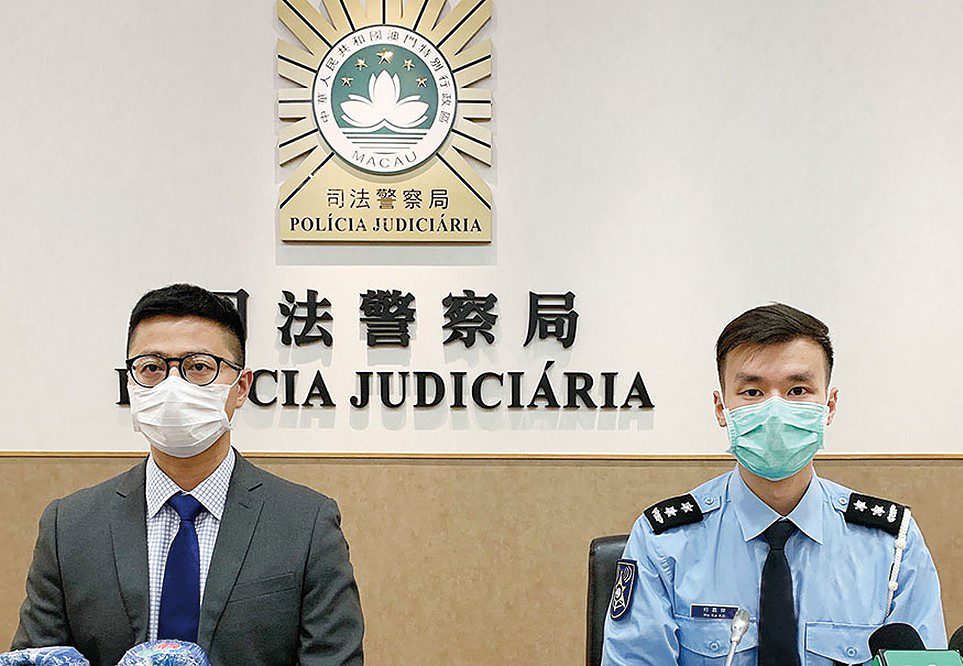 A local woman working for a non-governmental organisation (NGO) told the police on Friday that she had been cheated out of 750,000 yuan (849,000 patacas) when purchasing personal protective equipment (PPE) to be donated to the mainland, Judiciary Police (PJ) Leng Kam Lon said in a regular press conference on Tuesday.

According to Leng, the victim, who is in her early 40s, told the police that her friend introduced her to a Hong Kong man on January 28 who could help her buy 10,000 pieces of PPE for US$221,400 from Dubai. The man promised to deliver the goods directly to Shanghai on February 10 and the victim remitted US$221,400 to a US bank account on February 7.

Leng said the man told the victim on February 12 that the goods could not be delivered, and he promised a refund. The man remitted a total of US$100,000 and 100,000 yuan in five tranches to the NGO’s bank account between February 12 and March 18, with 750,000 yuan still outstanding.

Afterwards, the victim lost contact with the man and suspected that she had been cheated. The case has been transferred to the Criminal Investigation Department of the Judiciary Police, according to Leng.