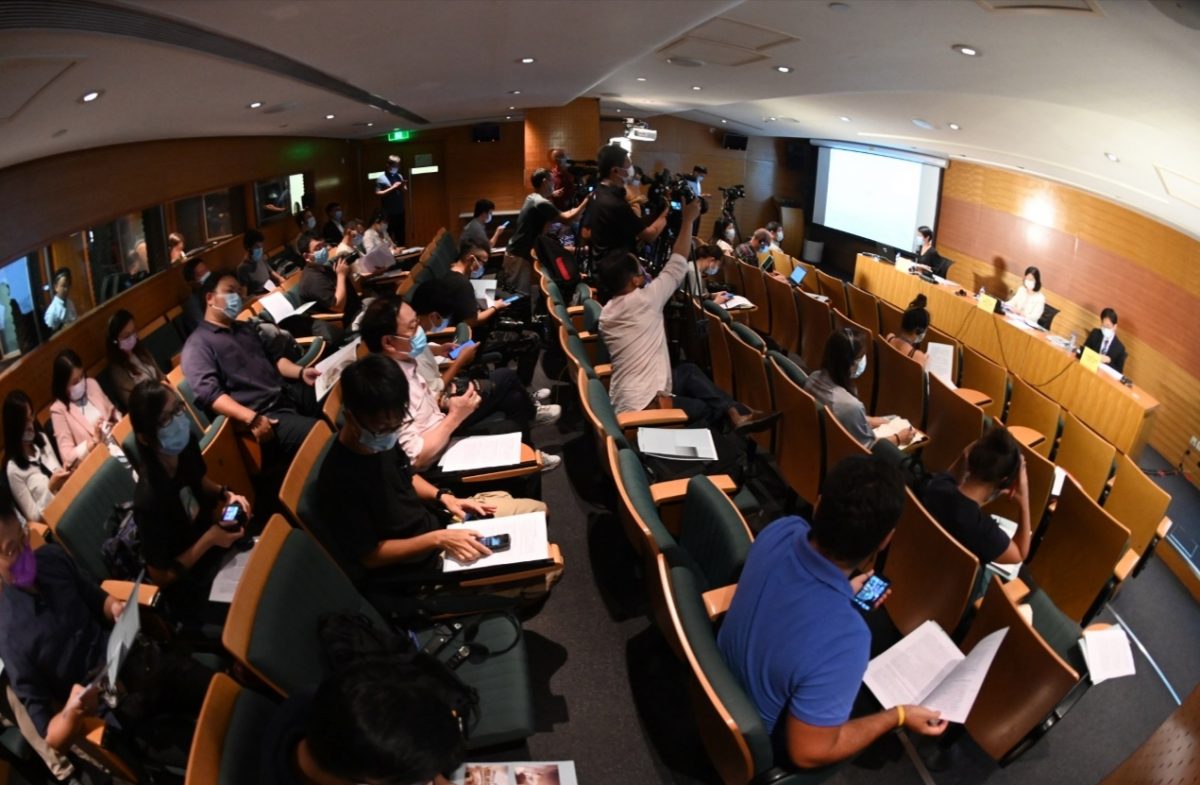 The Cultural Affairs Bureau (IC) announced on Thursday that the new Macao Central Library will be built on the plot of the former Hotel Estoril by Praça do Tap Seac.

The project was announced during a press conference at the bureau’s headquarters opposite the former hotel.

About two weeks ago, government broadcaster TDM reported that the government had decided not to go ahead with its predecessor’s controversial project to redevelop the Old Courthouse in Nam Van into the city’s new central library.

A report by the Macau Post Daily on 31 August quoted civic leaders as saying that the former Hotel Estoril would be an “ideal” location for the new central library.

IC President Mok Ian Ian told reporters during Thursday’s press conference that in its decision-making process, the bureau had considered public opinion and reassessed that the location of the Hotel Estoril plot was “more rational and effective” than the one of the Old Courthouse in Avenida da Praia Grande.

IC Vice President Leong Wai Man said that “the government contacted 15 architectural design teams abroad that have won awards in international architectural design and have designed outstanding libraries or similar cultural facilities. The bureau invited four of them to participate and submit proposals of the conceptual designs for this project.”

Leong underlined that the four internationally renowned architectural design teams from the Finland, Ireland, the Netherlands and Switzerland have submitted proposals with features such as an iconic exterior design, preservation of the existing mosaic, sufficient parking spaces and an interactive relationship with Praça do Tap Seac, as well as making full use of the landscape of the public Estoril (known in Chinese as San Fa Yuen) swimming pool behind the building.

Leong said that the new Macao Central Library will have a construction area of more than 10,000 square metres, making it the largest library in Macao. Leong pointed out that compared to building the library at the old courthouse, constructing the library on the Hotel Estoril plot would be “less difficult and have a relatively lower construction cost”.

Leong said that the library would have more conditions to become “an iconic and emblematic cultural building, as the location is adjacent to the square where cultural facilities and civic activities are concentrated”, adding that the location is also “close to residential areas and schools”.

The current central library is located opposite the Hotel Estoril plot.

When asked about the approximate budget for the project, Mok said the bureau “roughly estimated” that it would cost MOP 500 million (US$62.67 million). However, Mok stressed this was just a “rough estimation”, adding that the bureau did not ask the design teams to provide a budget so that the figure was “subject to change”.

The original plan for the derelict Hotel Estoril’s land plot was to convert it into a youth centre. Leong pointed out that the bureau has suspended the youth centre plan, adding that it would find a new location for the centre. She added that the Old Courthouse would again be used for judicial purposes in the future. Leong pointed out that this new plan would save an estimated MOP 2 billion.

Leong also said that redesigning the new central library would delay the project by one to two years, adding that the bureau would strive to complete the project by 2024.

Leong said that since the Old Courthouse project has completed its third phase the government paid around MOP 7.47 million to the contracted architecture company, 10 per cent of which was for risk assessment and other building analysis that will still be useful in the future.

Marreiros: ‘I am not a masochist’

Carlos Marreiros, who heads the firm, told the Portuguese-language radio channel of public broadcaster TDM on Thursday that he would no longer take part in the Macao Central Library project. He said that he had not been asked to be part of the revamped project and he had decided to not participate in any future tender for the project, “because I am not masochist”.

The new library will be located directly opposite the current Macao Central Library in Praça do Tap Seac. When asked if it would be redundant to have two libraries close to each other, Loi Chi Pang, who heads the Department of Public Library Management, said that the current library would mainly store historical documents and research data in the future, adding that it would be a “passive” library, while the new library would have more interactive and “active” facilities.

Mok said that “residents are welcome to express their opinions and participate in the process of the construction of the new Macao Central library”, adding that the general public can email their ideas to inf.bp@icm.gov.mo or drop them off in the opinion collection boxes at the Macao Central Library, Taipa Library and Seac Pai Van Library.