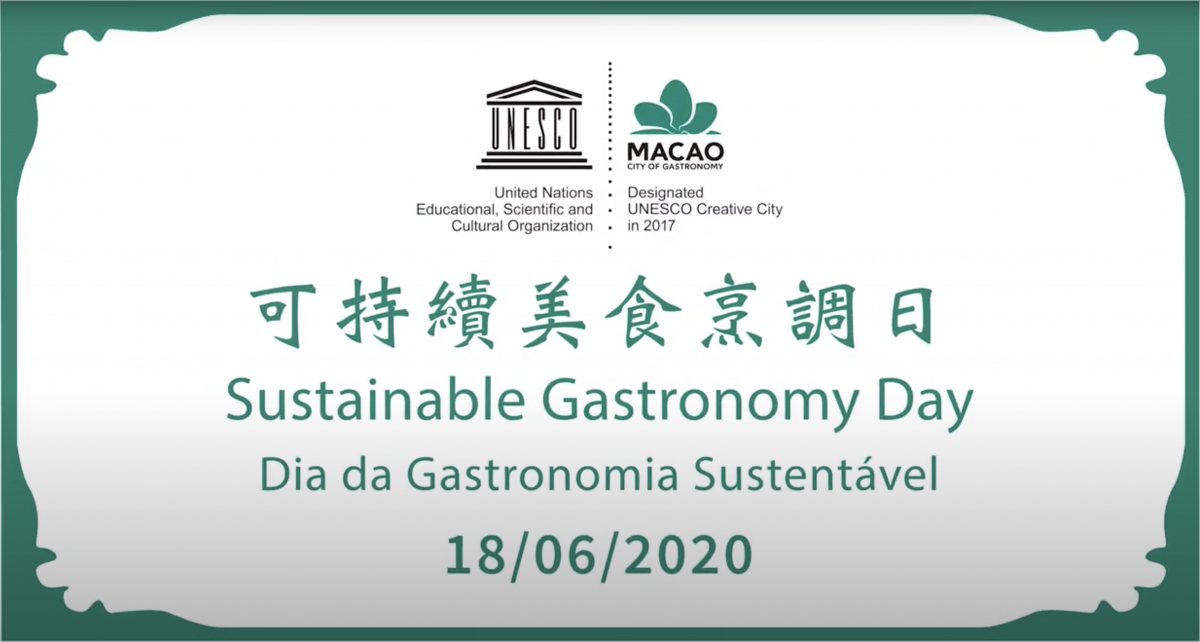 The Macao Government Tourism Office (MGTO) said in a statement on Thursday that it has produced a video to share Macao’s unique gastronomic culture, recipes and culinary arts, in order to promote the world’s Sustainable Gastronomy Day.

The statement pointed out that making the video is part of the city’s endeavour to “foster the preservation of gastronomic culture” as a United Nations Educational, Scientific and Cultural Organisation (UNESCO) Creative City of Gastronomy and contribute to the world’s progression towards the implementation of the United Nations’ (UN) 2030 Agenda for Sustainable Development.

In the video, MGTO partnered with Foodie Platform, a local gastronomic platform, and invited two Macanese residents and one local chef to showcase the culinary traditions and recipes of Macanese cuisine by demonstrating the cooking techniques for two main courses and a dessert.

Macanese gastronomy has been inscribed on the list of Macao’s Intangible Cultural Heritage since 2012, the statement pointed out, a food culture based on cooking methods from Portuguese cuisine and incorporating ingredients and cooking methods from African, Indian, Malaysian and the local Chinese communities.

Combining the merits of each cuisine, Macanese fusion cuisine has developed into a unique and independent food culture through several hundred years of integration, the statement noted.

According to the statement, as part of Macao’s four-year action plan as a UNESCO Creative City of Gastronomy, in terms of education and inheritance, the local government is “forging ahead progressively” with the establishment of its database for Macanese cuisine to keep track of its history, recipes and culinary arts, carrying forward the culture and tradition of a gastronomy that boasts a time-honoured history of more than 400 years.

Macanese people are an East Asian ethnic group that originated in Macao in the 16th century, consisting of people of predominantly mixed Cantonese and Portuguese as well as English, Indian, Japanese, Malay and Sinhalese ancestry.

MGTO will complete the tasks of data collection for, and the processing of the Macanese cuisine database, in preparation for its launch and a themed exhibition slated open to the public by the end of this year, the statement said.

The United Nations General Assembly adopted its resolution in 2016 to designate June 18 as the internationally observed Sustainable Gastronomy Day, the statement noted.

Macao was designated as a member city of the UNESCO Creative Cities Network (UCCN) in the field of Gastronomy on October 31, 2017, and the city began participating in the international promotion of the Sustainable Gastronomy Day in the following year, the statement underlined.