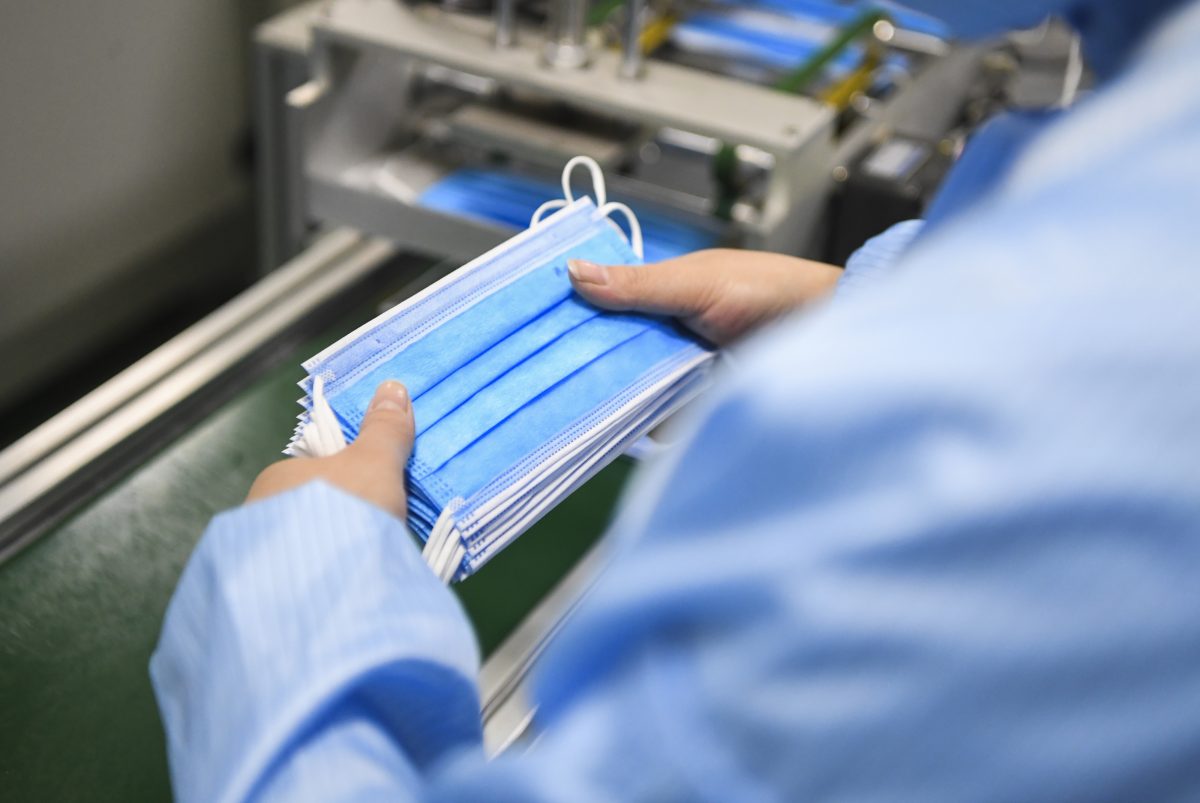 A local man who “maliciously” damaged 320 facemasks after he smeared saliva and mucus on 32 packs of facemasks this week, faces up to 10 years in prison, the Public Prosecution Office (MP) said in a statement on Thursday.

According to the statement, the 54-year-old unemployed suspect surnamed Chao purchased facemasks from the government’s Health Station in Coloane on Monday but was dissatisfied with their quality. Therefore, he returned to the Health Station and asked for replacements. He then got into a quarrel with the centre’s staff and allegedly smeared saliva and mucus on the packs of facemasks that had been put there.

The statement pointed out that due to the suspect’s “perverse” act, the 320 facemasks had to be discarded.

As part of the government’s measures to fight the novel coronavirus epidemic, Macau residents and non-resident workers are entitled to buy 10 facemasks at the fixed price of 8 patacas from designated pharmacies, health centres and health stations run by the Health Bureau (SSM) and so-called service points run by three community associations.

Due to the novel coronavirus epidemic, facemasks are in short supply in many parts of the world.

According to the MP statement, Chao is suspected of having violated Article 206 of the Macau Penal Code. If convicted according to Article 206, he could be sentenced to up to three years behind bars or a fine for property damage. However, if there are aggravating circumstances or even particularly aggravating circumstances, he could be sentenced to five years or two to 10 years behind bars respectively, based on Article 207 of the Macau Penal Code.

According to the statement, due to the seriousness of Chao’s offence, upon recommendation of the prosecutor, the examining magistrate decided to impose bail conditions on the suspect who, moreover, will need to report regularly to the police during the ongoing investigation.

The statement emphasised that the current novel coronavirus threat in Macau is severe, and various kinds of anti-epidemic materials are in great demand, particularly facemasks.

The statement pointed out that the suspect’s “malicious” act took place at a time when Macau is facing a serious novel coronavirus epidemic, adding that facemasks damaged by the suspect were explicitly provided by the government to protect citizens’ health, which indicated an even greater intensity of the suspect’s alleged crime.

In the statement, the Public Prosecution Office strongly condemned the suspect’s intentional act of damaging the government’s anti-epidemic supplies, adding that it would speed up the criminal investigation and request the court to consider the alleged crime’s aggravating circumstances when the suspect stands trial.

As this, according to the statement, is a critical moment of the novel coronavirus threat, the Public Prosecution Office urged the public to cooperate with the government’s anti-virus measures and to treasure the anti-epidemic materials provided by the government.

The statement also urged the public to denounce any infringements that could impair the government’s efforts to prevent the epidemic from spreading.

Facemask sales to continue for ‘period of time’

14-day quarantine for travellers who have been to Germany, France, Spain or Japan