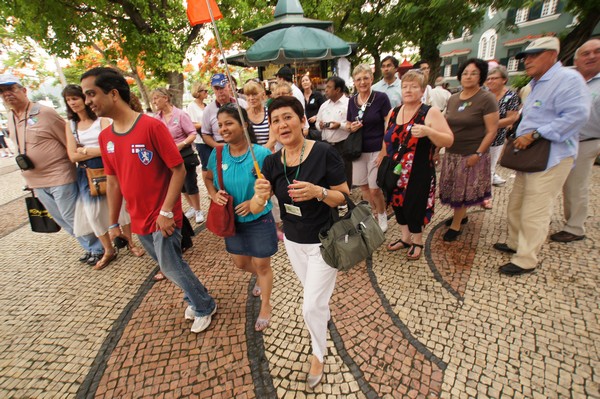 Government aims to expand local tours to Hengqin by month-end

Protest at the Macao Kennel

However, she denied a claim that the government was considering to pay a subsidy to tourists choosing to stay overnight.

Senna Fernandes made the remark on the sidelines of an award ceremony at the World Trade Centre Macau in Nape.

She said her office would subsidise travel agencies to provide better travel arrangements. However, she was quick to add that her office had yet to make a final decision on the matter as the details had still to be thrashed out.

“We have to go through some administrative procedures before introducing the measure,” Senna Fernandes said, adding she was unable to say whether the office would keep the measure next year.

Asked by reporters about a report by the Portuguese-language daily Jornal Tribuna de Macau which on Thursday quoted Macau Tourism Guide Association President Angelina Wu Wai Fong as saying that the government was considering paying a 200-pataca subsidy to each overnight-stay visitor, Senna Fernandes said Wu’s claim was incorrect, adding that her office had no plan to subsidise tourists’ accommodation.
According to official statistics, 53 percent of Macau’s 3.03 million visitor arrivals last month were same-day visitors. The average stay of overnight visitors stood at 2.1 days in August.

Meanwhile, Senna Fernandes said she was unable to predict the number of visitor arrivals during the National Day “Golden Week” holiday which will start on October 1.

According to an MGTO statement on Thursday, the office will post the previous day’s visitor arrival numbers online for public information during the period from September 27 to October 8.