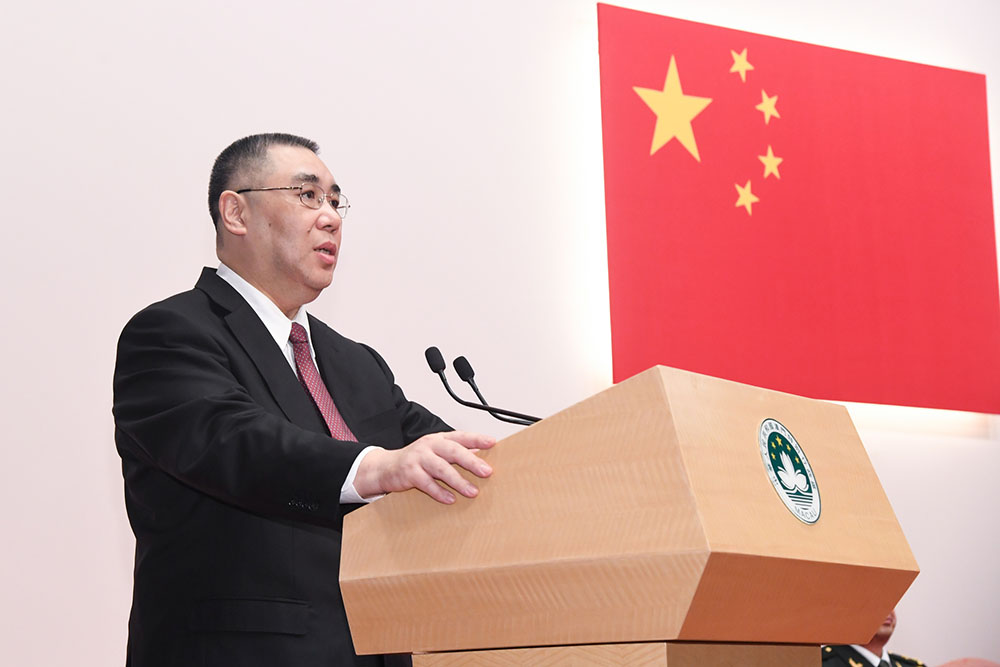 Macau will step up effort in responding to the needs of the national development strategy, in order to propel the city’s prosperity while contributing to the development of the country, said today the Chief Executive, Chui Sai On.

Speaking during China National Day reception held in Macau, Chui Sai On said that global economy was likely to remain complex and volatile in the remainder of the year.

Chief Executive during the reception to celebrate the 69th anniversary of the founding of the People’s Republic of China outlined four routes to advance further development and ensure socio-economic stability of Macao.

“The Government would spare no effort to formulate the regulations and planning for the administration and use of Macao waters, as well as the reciprocal development of land and sea traffic” he said.

Chui Sai On also said that Macau must seize development opportunities in the new era and expedite integration into the overall national development plan and would make further effort in leveraging Macau’s advantages in Greater Bay Area and the Belt and Road initiative, in order to realise synergies in various domains and promote Macau’s tourism and leisure industry and its sustainable development.

“The Government would work closely with the governments of Guangdong and Hong Kong to explore innovations in mechanisms and systems for establishing a quality living area, which would be favourable for living, work and tourism.” he said.

To stabilise economic development and promote adequate economic diversification Chui Sai On said that the government would continue strengthening regulation of the gaming industry, while further promoting the development of the MICE (meetings, incentives, conferences and exhibitions) industry, traditional Chinese medicine, specialised financial services, as well as cultural and creative industries.

During his speech the Chief Executive said that to improve livelihoods and promote social harmony the  government would as always strive to optimise the long-term livelihood mechanisms for social security, healthcare, housing and education, and enhance Macau residents’ well-being.