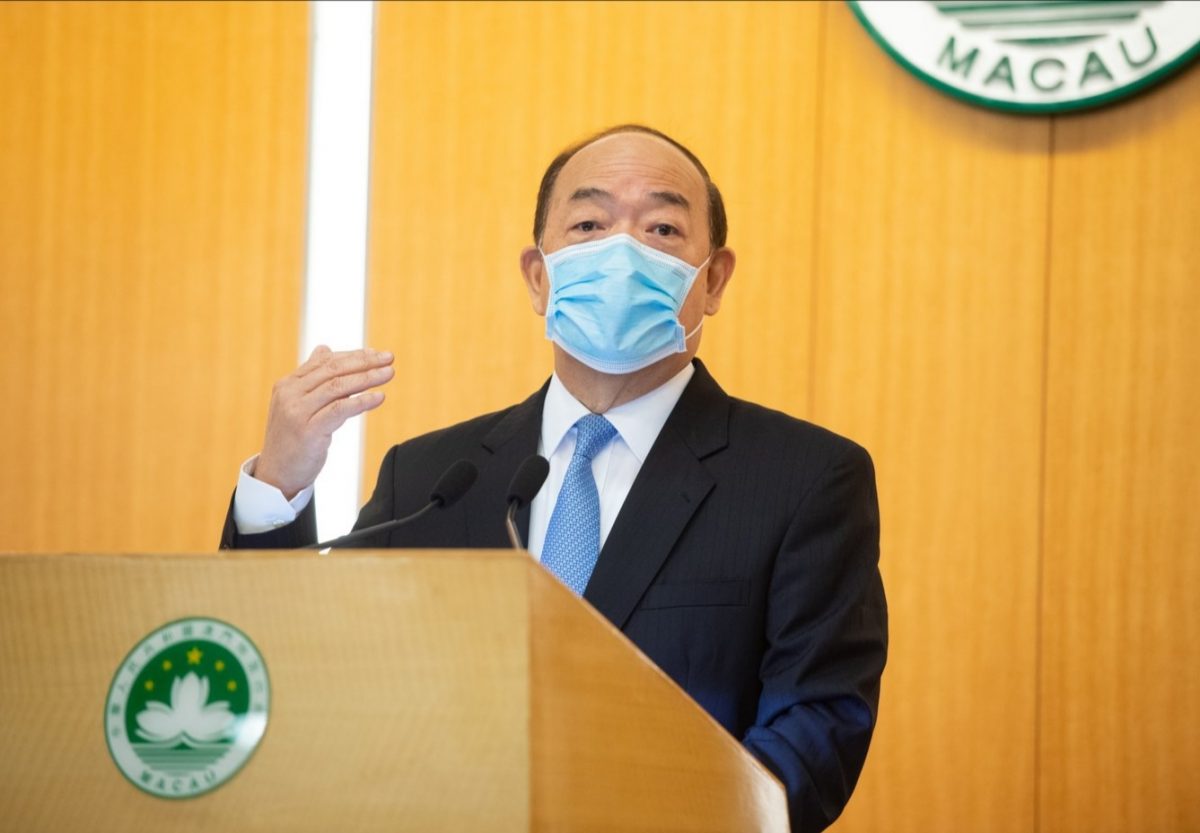 Chief Executive Ho Iat Seng today further tightened the city’s entry rules to stem the spread of the novel coronavirus (COVID-19), such as a ban on travellers from the Chinese mainland, Hong Kong and Taiwan who have been overseas in the past 14 days.

Ho announced the measures such as suspending the transit of passengers at the local airport during a two-hour press conference at Government Headquarters this morning.

According to the new measures announced by Ho, travellers from the mainland, Hong Kong and Taiwan who haven’t been abroad in the past 14 days prior to their arrival here will still be allowed to enter Macau. However, they will be subject to 14 days of medical surveillance at a government-designated hotel (informally known as “quarantine hotel”). According to previous government announcements, the 14-day stay costs MOP 5,600 (US$700).

Upon arrival, Macau residents who have been in in a foreign country, Hong Kong or Taiwan are subject to 14 days of quarantine at a designated hotel. Their stay is borne by the government. Foreign nationals will continue to be banned from entering Macau.

Mainland China, Hong Kong and Taiwan residents who have not visited a foreign country, Hong Kong or Taiwan in the past 14 days are allowed to enter Macau, but are subject to a medical examination if arriving from a COVID-19 high-prevalence region.

Non-locals who visited Hubei province or non-resident workers who have been in mainland China in the past 14 days can only enter Macau after obtaining a medical certificate confirming that they have not been infected by the novel coronavirus. Foreign non-residents have been barred from entry since March 19.

The Novel Coronavirus Response and Coordination Centre reaffirmed in a separate statement after the press conference that all those who have been in Hong Kong or Taiwan in the past 14 days are subject to 14 days of quarantine at a facility designated by the local government.

Ho underlined during the press conference that mainland Chinese, Hongkongers and Taiwanese who, in the past 14 days prior to their arrival in Macau, have always been in mainland China are allowed to enter Macau, but if arriving from one of the mainland’s COVID-19 high-prevalence areas are subject to a medical examination upon arrival.

Ho thanked local students returning from overseas and their parents for their cooperation in the government’s epidemic prevention work which includes the returnees’ 14 days of mandatory quarantine at the government’s expense. Ho said the measure was necessary in order to protect the health of all local residents. He warned that if only 1 to 3 per cent of the returning students would test positive for the novel coronavirus, it was probable that the highly infectious disease could spread in the community if they would not be required to spend two weeks in a “quarantine hotel”.

Macau now has eight “quarantine hotels” providing about 2,100 rooms. Hundreds of Macau students enrolled overseas have returned home over the past week and hundreds more are expected to follow suit.

Ho admitted it had not been easy for the government to arrange more “quarantine hotels,” despite the fact that it is paying their owners for the service.

Health Bureau (SSM) officials have pointed out that Macau’s “second wave” of COVID-19 infections started on March 15. Since then 15 of Macau’s total of 25 cases have been confirmed. The city’s first case was confirmed on January 22. All ten of the “first wave” patients – seven tourists form Wuhan and three locals – have meanwhile been discharged from hospital.

Ho pointed out that Macau has not confirmed a single community outbreak case. He also said that the next two weeks would be decisive in the government’s ongoing efforts to stem the coronavirus from spreading.

Ho also acknowledged that Macau’s unemployment rate will go up. Local residents’ jobless rate stood at 2.3 per cent in January.

The Chief Executive also urged the media not to describe the measures announced today as a kind of “revenge” against Hong Kong which recently took a string of similar measures that affected Macau, such as by suspending its ferry links with Macau without informing the local government in advance.

Ho said that the Hong Kong government has been assisting Macau in its anti-COVID-19 measures such as allowing local students returning from overseas to transit at Hong Kong’s airport en route to Macau by special bus.