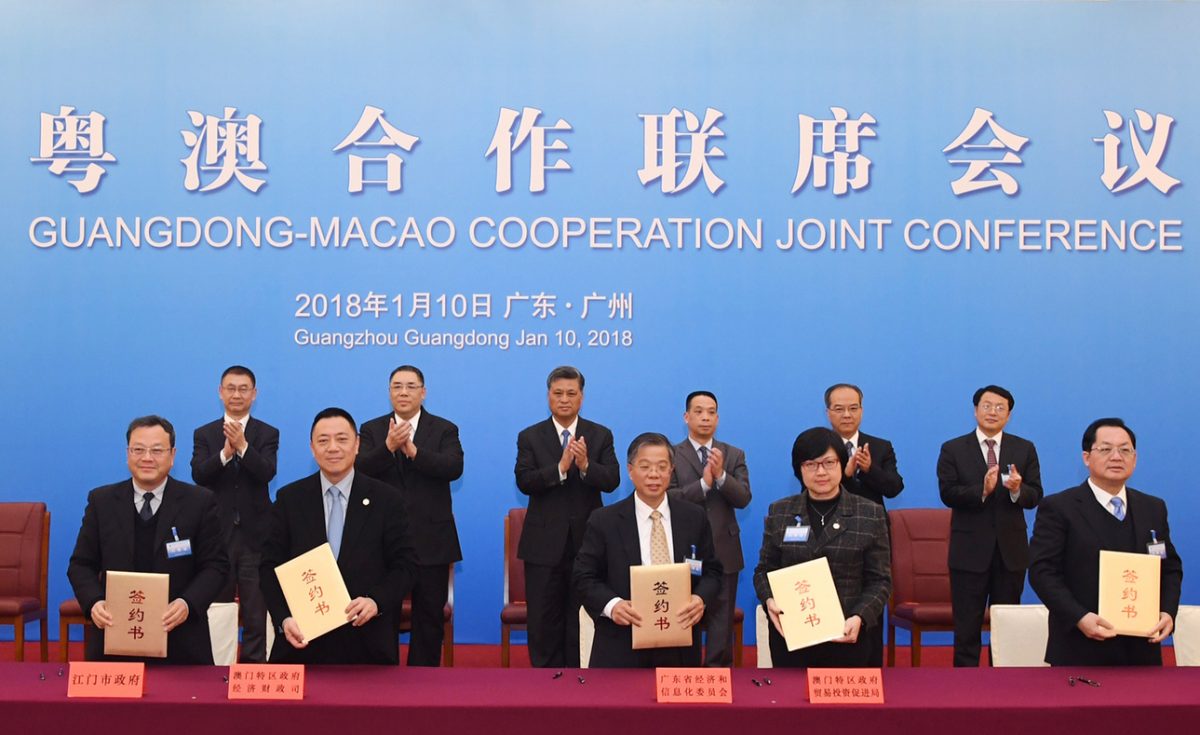 Guangdong-Macau Cooperation Joint Conference held Wednesday in Guangzhou “has spelt out fresh strategies to boost complementary benefits for the two places and to enable a joint contribution to significant national policies,” the Macau government said in a statement.

According to the statement, Macau and Guangdong signed eight agreements to diversify cooperation. The pacts cover topics such as food safety, protection of intellectual property, energy efficiency, and environmental protection.

The agreements were signed by the two sides on the sidelines of the one-day annual meeting, which was co-chaired by Chief Executive Chui Sai On and Guangdong Governor Ma Xingrui.

According to the statement, both sides agreed that major national efforts such as the Belt and Road Initiative (BRI) and the development of the Guangdong-Hong Kong-Macau Greater Bay Area (GBA) “had added innovation and vitality to the drive to expand Guangdong-Macau relations”.

The statement listed various joint cooperation initiatives such as Macau’s greater involvement in the development of the China (Guangdong) Pilot Free Trade Zone and further development of various Guangdong-Macau cooperation platforms such as the Hengqin New Area and the enhancement of Macau’s ties with Guangzhou, Zhongshan and Jiangmen.

The statement also noted the two sides’ willingness to reinforce cooperation with respect to livelihood issues such as the optimisation of facilities at border checkpoints and other cross-border infrastructures.
Secretary for Economy and Finance Lionel Leong Vai Tac and Guangdong Vice Governor Lin Shaochun also attended the conference.