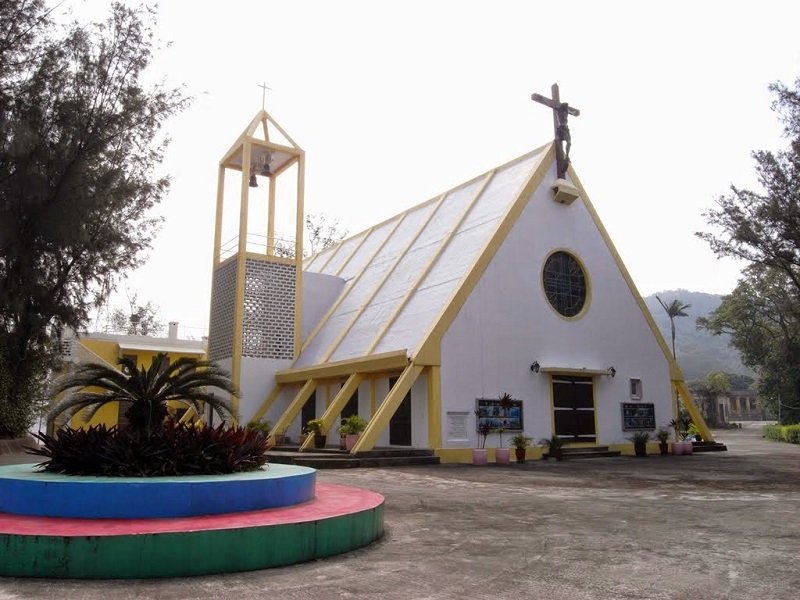 The government plans to convert the former leper colony in Ka Ho village in Coloane into a tourist attraction, a part of which is to repair half a dozen Portuguese-style houses in the hamlet.

The plan to the make the village a tourist attraction was first mooted when Secretary for Social Affairs and Culture Alexis Tam Chon Weng visited the hamlet in June.

A regular meeting of the government-appointed Tourism Development Committee on Tuesday discussed the government’s plan. After the meeting, several government officials, including Tam and Macau Government Tourist Office (MGTO) Director Maria Helena de Senna Fernandes and members of the committee visited the village.

There are six Portuguese-style houses, built in the late 19th century as accommodation for lepers until the 1990s, after which the buildings fell into disrepair.

The Cultural Affairs Bureau (IC) carried out repairs on one of the six houses in 2013 and 2014. The repairs to the other five buildings have yet to be started.

Speaking to reporters in the village, Senna Fernandes said that the repairs to the other five buildings were expected to be completed next year.

Senna Fernandes also said that the work to be carried out on each of the buildings was expected to cost one million patacas.

Senna Fernandes also said the government would conduct a study next year on the possible launch of day trips to Ka Ho for tourists, following the completion of the repairs of the Portuguese-style buildings.(Macau News / The Macau Post Daily)