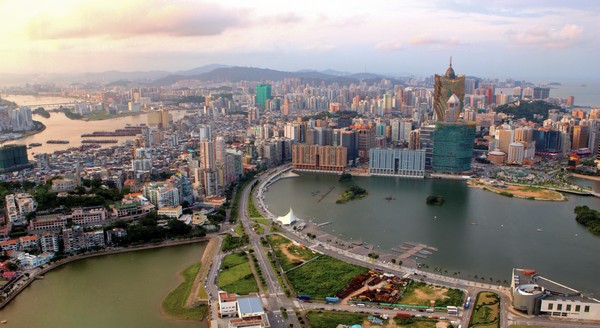 Gaming revenue increases 23.7 percent to MOP 22.74 billion in May

Macau’s economic output tumbled 24.5 percent in real terms in the first quarter, the Statistics and Census Bureau (DSEC) announced on Thursday, as a widening graft crackdown and slowing economy in the mainland keeps high rollers away from the city’s casinos.

The fall in gross domestic product (GDP) from a year earlier was the deepest on record for Macau since quarterly numbers were made available in 2002. The city’s reliance on the lucrative but lopsided casino economy has made it vulnerable to economic swings.

VIP gaming in Macau, the bread and butter for local casinos, has been hit by the central government’s campaign against graft that has snared thousands of officials and is expanding to include executives at state-owned enterprises (SOEs). Demand is further damped by the mainland’s economic slowdown even as Macau’s six gaming operators are building integrated resorts and hotels to draw more mass-market clients to Macau.

In the fourth quarter of last year, GDP shrank 17.2 percent. GDP began to decline in the third quarter of 2014, when it dropped 2.1 percent.

A DSEC statement blamed the economic contraction on a “substantial” decline in exports of services, of which exports of gaming services plunged 39.7 percent year-on-year and exports of other tourism services dropped 17.7 percent.

According to DSEC data released on Wednesday, the jobless rate remained at 1.7 percent in the February-April survey period, when the total labour force stood at 405,800 and the labour force participation rate reached 74 percent.

GDP amounted to 91.9 billion patacas in the first quarter, a decline of 12.6 percent in nominal terms on the previous quarter.

This year’s first quarter GDP was Macau’s lowest since the third quarter of 2012.