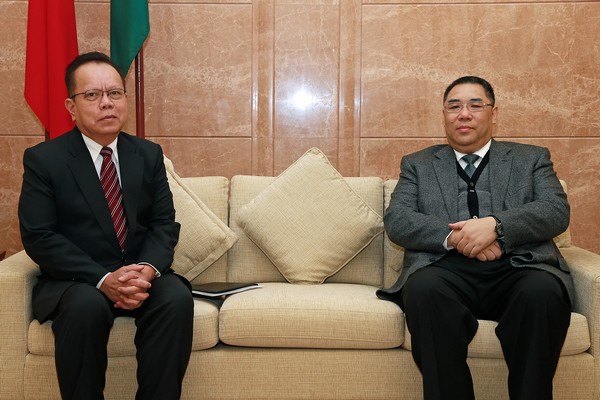 Fourth Macau-Taipa bridge to be completed in 2025 Macau’s

Government reaffirms COVID-19 vaccines will be available this quarter

The disaster relief operations in the Philippines’ typhoon-hit areas got an added boost  Thursday with the donation of five million patacas from the Macau government.

According to Philippine media reports cited by The Macau Post Daily, the amount will be remitted directly by the Macau government to the foreign donation account of the Philippine government’s Department of Social Welfare and Development.

The donation was personally conveyed by Chief Executive Fernando Chui Sai On to Danilo Ibayan, the Philippines’ consul-general to Hong Kong and Macau, during a meeting at Government House.

Ibayan thanked the local government for the donation and Chui’s November 11 message of condolence to the Philippines.

Typhoon Haiyan, known as Yolanda in the Philippines, hit the country on November 8, resulting in over 5,500 deaths, catastrophic destruction which rendered over two million people homeless or displaced, according to previous media reports.

The government said in the statement that it was “truly overwhelmed by the devastation caused by Typhoon Haiyan that swept through the Philippines early this month, which unfortunately led to so much suffering.”

According to the statement, the Macau government will continue to follow the situation in the affected regions.

Filipinos are Macau’s biggest foreign community, accounting for about three percent of the population
(18,116). (macaunews)