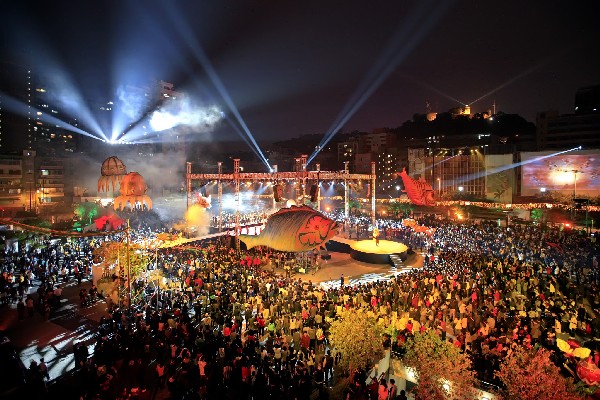 The parade with artists and groups from the Latin world, along with a number local talents, started at the  Ruins of St. Paul’s and cross the São Lázaro neighbourhood to reach Tap Seac Square, where a joint performance took place.
.
Artists from mainland China, Portugal, Italy, Colombia, Peru, Brazil, France  and local groups perform in the show attended by thousands not only in the square but during the parade through Macau old streets

The celebrations program also included the traditional flag-raising ceremony at Lotus Square and a reception hosted by the government.

The Macau Sport Development Board also promoted a concert at the Taipa Stadium in Taipa island  with several local and Hong Kong musicians and bands.

In the evening the Macau Government Tourist Office presented a firework display near Macau Tower.(MacauNews/Tourism)