Macau and city of Porto sign document to deepen cooperation 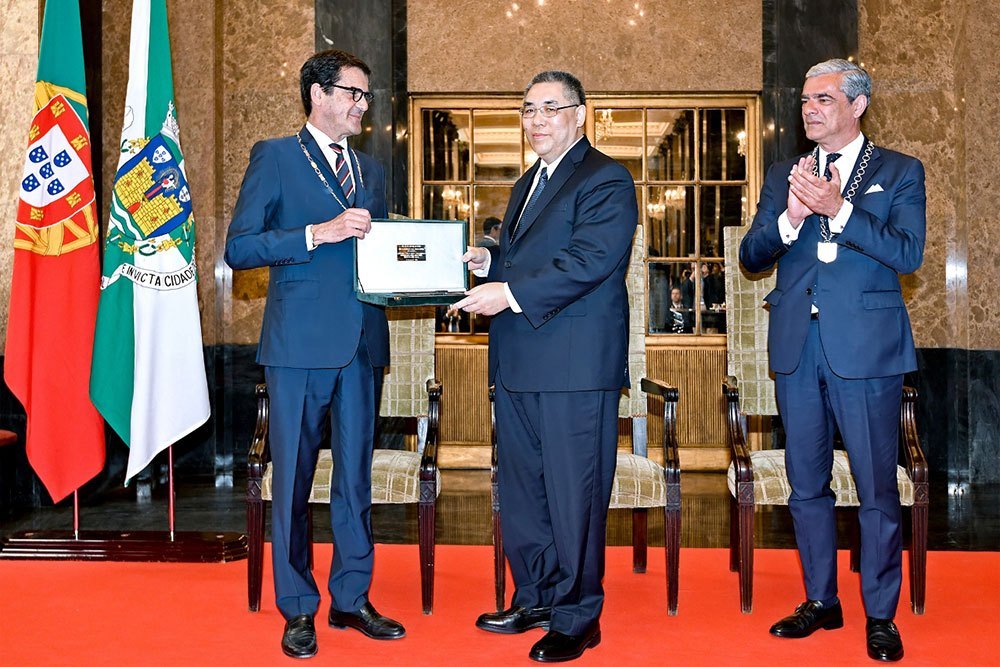 Macau and city of Porto sign document to deepen cooperation

Macau is expected to return to economic growth in 2017

Caritas calls on people with negative emotions to seek help

IPM to hold virtual seminar on Public Policy in the Practice of ‘One Country, Two Systems’

A memorandum of understanding of cooperation and friendship was signed on Friday between Macau and the northern Portuguese city of Porto, whose Mayor, Rui Moreira, gave the Keys to the City to the Chief Executive of Macau, Chui Sai On.

The Chief Executive said on the occasion that the two cities will jointly promote and deepen mutual development, based on the principles of equality and reciprocity of benefits, focused on the free flow of trade, financial integration and understanding between people.

Chui Sai On also indicated that, in the process of participating in the construction of “Belt and Road,” Macau considers it very important to bolster its specific advantages, making efforts to become a bridge and a link for cooperation between China and the Portuguese-speaking countries and in supporting the various sectors in the exploration of markets in Portuguese-speaking countries.

He added that Macau also noted the strengthening of cooperation in the areas of education, science and technology innovation and youth exchanges.

Chui said that visits organised as part of the “Belt and Road” initiative that allow young people to contribute with their effort and wisdom to strengthen cooperation between the parties and added that a “Belt and Road” scholarship had been set up within the framework of the Macau Foundation, through which students from Porto can continue their studies in Macau.

The mayor of Porto, Rui Moreira, highlighted the fact that this is the twenty-second anniversary of the twinning of Macau and Porto, and added that the memorandum of understanding demonstrates the commitment to promote the exchange of cooperation in the areas of economy and trade, tourism, education, traditional Chinese medicine, youth entrepreneurship and protection of cultural heritage, among others.

The Chief Executive, Chui Sai On, leading a delegation from the Macau government, on 19 May concluded a one-week official visit to Portugal, during which he co-chaired the 6th meeting of the Joint Macau-Portugal Commission with the Portuguese Minister of Foreign Affairs, Augusto Santos Silva.(Macaunews)