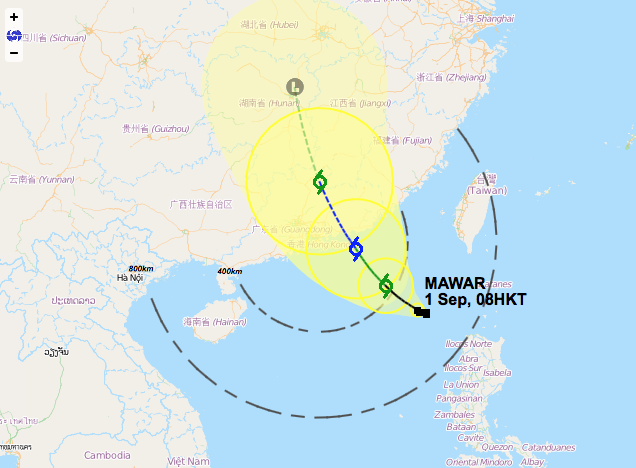 Meteorological and Geophysical Bureau (SMG) Acting Director Leong Ka Cheng said on Thursday it was “likely” that the No. 3 signal will be hoisted on Friday night or in the early hours of Sunday.

However, Leong was quick to add there was only a “low probability” that the No. 8 signal will be hoisted on Sunday morning for the tropical depression that formed west of Luzon in the Philippines on Thursday morning.

According to The Macau Post Daily, Leong made the remarks during a special press conference about the government’s ongoing Hato disaster relief measures.

The super-typhoon killed 10 and injured 244 in Macau last Wednesday.

The weather station hoisted the No. 1 signal at 7 p.m. on Thursday.

Leong also said that it was “possible” there will be “minor” flooding in some areas in the Inner Harbour area when the storm is approaching to Guangdong.