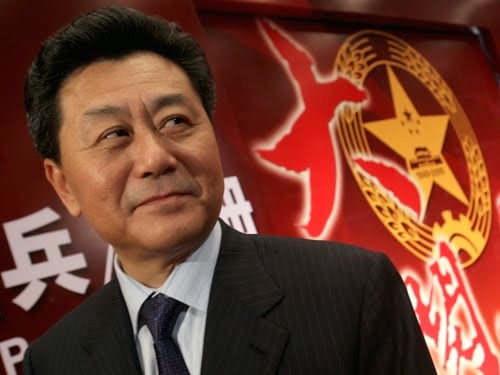 Li Gang, director of the Central People’s Government Liaison Office in Macau, said Tuesday that the city’s gaming industry’s current revenue decline was due to several causes and the effort the central government is putting into combating corruption was not the main cause, adding that “extremely few” corrupt mainland officials had gambled in the city.
Li made the remarks after attending the opening ceremony of a newly-built seven-storey building owned by the Macau Federation of Trade Unions (commonly known as Gung Luen) in Patane district.

Asked by reporters as to whether the central government would consider more measures to prevent corrupt mainland officials from gambling in the city’s casinos or even planning to send officials to Macau to investigate gaming-related crimes involving mainlanders, Li said that he had not heard anything to suggest it would.

“I constantly stress that Macau’s gaming industry should be further regulated …to ensure it develops healthily and orderly …meanwhile the city’s economy should be diversified appropriately,” Li said.

He also said that over the last two years the central government had put a great deal of effort in combating corruption but that was not the main cause for the drop in Macau’s gaming revenues.

“The consecutive months of declines in the gross gaming revenues can be put down to several causes such as the slowdown in the growth of the mainland economy, the anti-corruption campaign in the mainland, more casinos opening in neighbouring regions…as well as its [local gaming industry’s] self-adjustment,” he said. He acknowledged that the drop in gaming revenue “could be related” to the mainland’s anti-graft campaign.

However, he was quick to add that only “extremely few” corrupt mainland officials had been gambling in the city.

Li also said that the government should collect public opinion on its mid-term review of the six gaming operators’ concessions and sub-concessions.

He added he was “optimistic” about that the gaming industry would develop “in a stable way” in the second half of the year. (macaunews/macaupost)

Cluster of GBA airports proposed to take effect by 2025