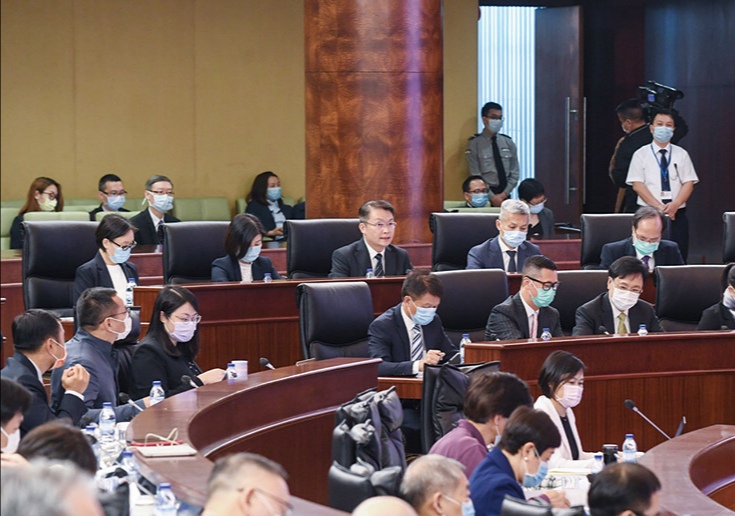 No decision yet whether to keep sub-concession system

Lei made the remarks during a one-day Q&A session in the legislature’s hemicycle about his portfolio’s policy guidelines for this year.

During Monday’s plenary session, several lawmakers asked Lei about a clear timetable as to when the government will carry out the public consultation on amendments to the gaming law. They questioned whether the government would have sufficient time to prepare and complete the bidding process before the expiration of the current three gaming concessions and three sub-concessions.

The government’s proposed amendments to the law will have to be presented to the legislature for debate and vote.

Appointed lawmaker-cum-gaming scholar Davis Fong Ka Chio pointed out that the current three gaming concessions and three sub-concessions will expire in only 26 months Fong pointed out that it took the local government nine months to complete the whole process for the international open tender for casino concessions in 2001 and 2002 – including legislating on the current gaming law, which came into force in 2001, the launch of the gaming concession bidding process, and the announcements of the results of the tender.

Lei replied that the government “has never stopped” working on the preparations for the gaming concession bidding process amid the COVID-19 epidemic – which emerged in Macau in January – since he took office 129 days ago, adding that the government is now striving for the public consultation to be carried out at the end of this year.

Meanwhile, Lei also said that the government was now striving to launch a public consultation on the drafting of the city’s first-ever trade union bill in the third quarter of this year. Lei pledged that the government will draft a trade union bill that will be “suitable for Macau’s continued development and its future needs” after collecting residents’ opinions during the upcoming public consultation process.

The legislature rejected a trade union bill for the 11th time last month. A total of 11 trade union bills by various lawmakers have been submitted to the legislature since the founding of the Macau Special Administrative Region (MSAR) in December 1999. Macau is the only jurisdiction in China that still does not have a trade union law – unlike the Chinese mainland, Taiwan and Hong Kong.

Meanwhile, Lei urged civil society not to be prejudiced against the government’s policy of deepening cooperation between Macau and Hengqin. Lei said that Hengqin would provide Macau with sufficient land for the latter’s continued development, particularly by helping Macau diversify its industries and tackle the housing problem.

Lei noted that the local government has always stressed Macau’s need to integrate itself into the Guangdong-Hong Kong-Macau Greater Bay Area (GBA) which covers an area of 56,000 square kilometres with a population of 70 million. He underlined that Macau’s insufficient land resources have limited its continued development for a long time.

New gaming inspectorate chief to be sworn in on June 10