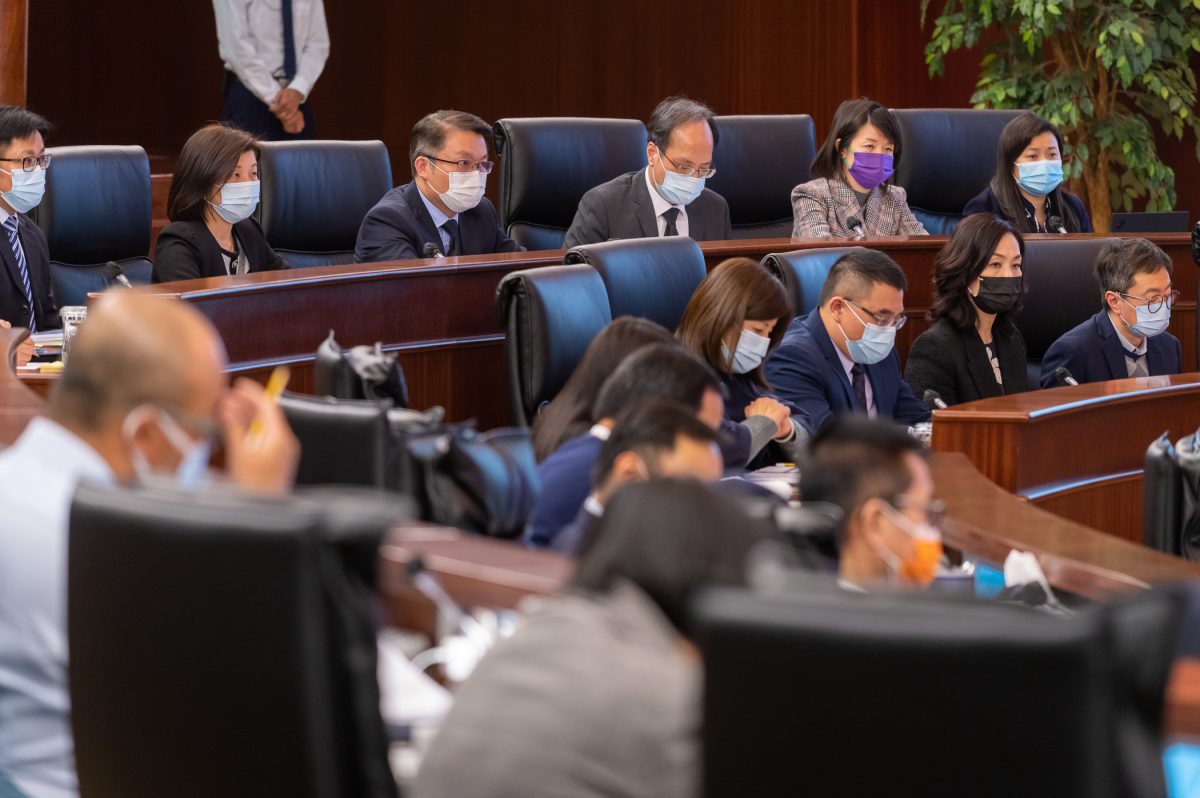 Macau’s reclamation zone A sand supply to resume on Friday

The Legislative Assembly (AL) on Wednesday passed the outline of a government-initiated bill regulating the city’s building construction, which proposes that those who fail to carry out the necessary maintenance of or repairs to their buildings, despite an official order to do so, will face a fine, as opposed to the current situation in which no fine can be imposed.

Secretary for Transport and Public Works Raimundo do Rosário introduced the outline of the bill during a plenary session in the legislature’s hemicycle on Wednesday.

The bill, officially known as Urban Construction Legal System, will be submitted to one of the legislature’s standing committees for review before it is resubmitted to another plenary session for its second and final debate and vote.

The government proposes that the bill will replace the city’s current building construction regulation, officially known as Urban Construction General Regulation, which came into force back in 1985 when Macao was still under Portuguese administration.

According to the current building construction regulation, building contractors are responsible for guaranteeing the quality of a building for five years.

The current Urban Construction General Regulation (Decree-law 79/85/M) merely states that owners should carry out the maintenance and repairs of their buildings every five years so as to ensure that the buildings remain in good condition. According to the current regulation, the Lands, Public Works and Transport Bureau (DSSOPT) can order the owners to carry out maintenance and repairs after inspecting the buildings. If the owners fail to comply with the order, the bureau can then carry out the work itself and subsequently bill the owners. However, the current regulation does not provide for fining building owners failing to comply with the bureau’s instructions.

During Wednesday’s plenary session, Rosário pointed out that while the current Urban Construction General Regulation requires owners to carry out maintenance of their buildings every five years, they will not face any fine if they fail to do so.

The bill proposes that after DSSOPT officials have discovered that a building is in a poor condition due to lack of maintenance, they will inform the owners to submit a report about the state of the building drafted by professionals from the construction sector, after which the owners will have to carry out the work suggested in the report. The owners who fail to comply with the DSSOPT order will face a fine of between MOP 2,500 and MOP 100,000 – provided that the current version of the bill is passed in its second and final reading.

Difficult to find officials in Macao for senior positions