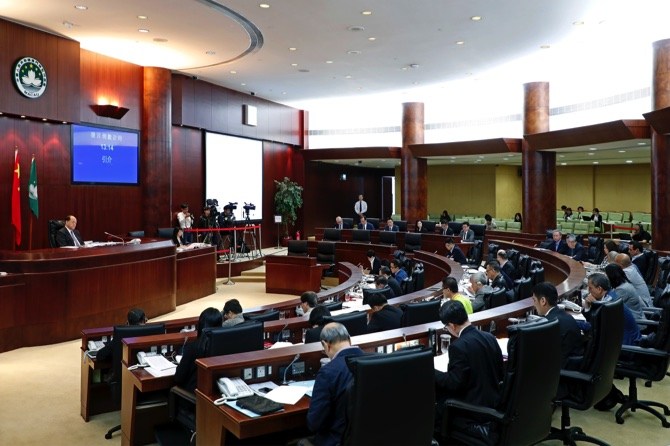 The amendment of the current Law on Exchange of Information on Tax Matters was passed at the Legislative Assembly (AL) on Tuesday with the support of 24 members.

According to Macau Daily Times, the amendment establishes new rules for the financial transparency of Macau-based persons and companies that have tax residency abroad.

The amendment will comply with the Common Reporting Standard and Due Diligence on Financial Account Information (CRS) from the United Nations Organization for Economic Cooperation and Development.

Mak Soi Kun asked who would be responsible for the information’s confidential transfer, and questioned whether the government can assure that the law will be applied in 2018, as the government needs to purchase equipment for implementation of the law and also needs to apply for ISO certification for the equipment it will purchase.

Lam Heong Sang questioned what the differences are between this new law and the current version, and whether there were any violations regarding the current law.

Chan Iek Lap noted that the new law mainly refers to U.S. residents, and has questioned what the authority would do regarding people who hold dual citizenship with Macau and the U.S.

In addition, Chan wants to know how many Macau residents possess U.S. citizenship.

The Financial Services Bureau’s (DSF) director Iong Kong Leong explained that to oblige by international agreements on providing tax information from 2018, the financial institutions will need to start collecting data from July 1.

Iong added this law is not only related to the U.S., but is related to all countries which have signed agreements with Macau.

Macau residents are not involved in this exchange agreement, according to the DSF’s spokesperson, who reaffirmed that those who do not have an overseas identity will not be included into the system.

“Macau residents’ information is not needed for exchange,” said Iong, noting that his bureau does not possess any documents regarding Macau residents who are also U.S. residents, because the law has not yet come into effect.

Regarding violations of the current version of the law, Iong said that everything has been happening smoothly for all these years.

During the implementation of the current law, the authority received around 20 requests for information exchange.

Answering a query by José Pereira Coutinho, Iong mentioned that records of such information should be kept for a period of five years.

Chui Sai Peng noted that when a third country asks Macau to send them tax information regarding their residents, the country might be abusing their power. Chui has doubts on how the Macau authority ensures that taxpayer rights are protected under these situations.

Iong said that not only will Macau keep it confidential if a third country requests it to do so, but the third country will also apply the same rule when requested by Macau.

The Secretary for Economy and Finance, Lionel Leong, added that this exchange agreement is equal and reciprocal.

Leong said that the Macau authority only deliver the bill now because Hong Kong passed a related bill last June, which Macau has to acknowledge.

The amended law will also establish administrative penalties regarding the responsibilities of the entities, personal data protection and the principle of confidentiality as well as empowering the DSF with the ability to undertake and manage the exchanges and supervise the financial institutions that would perform automated exchanges.