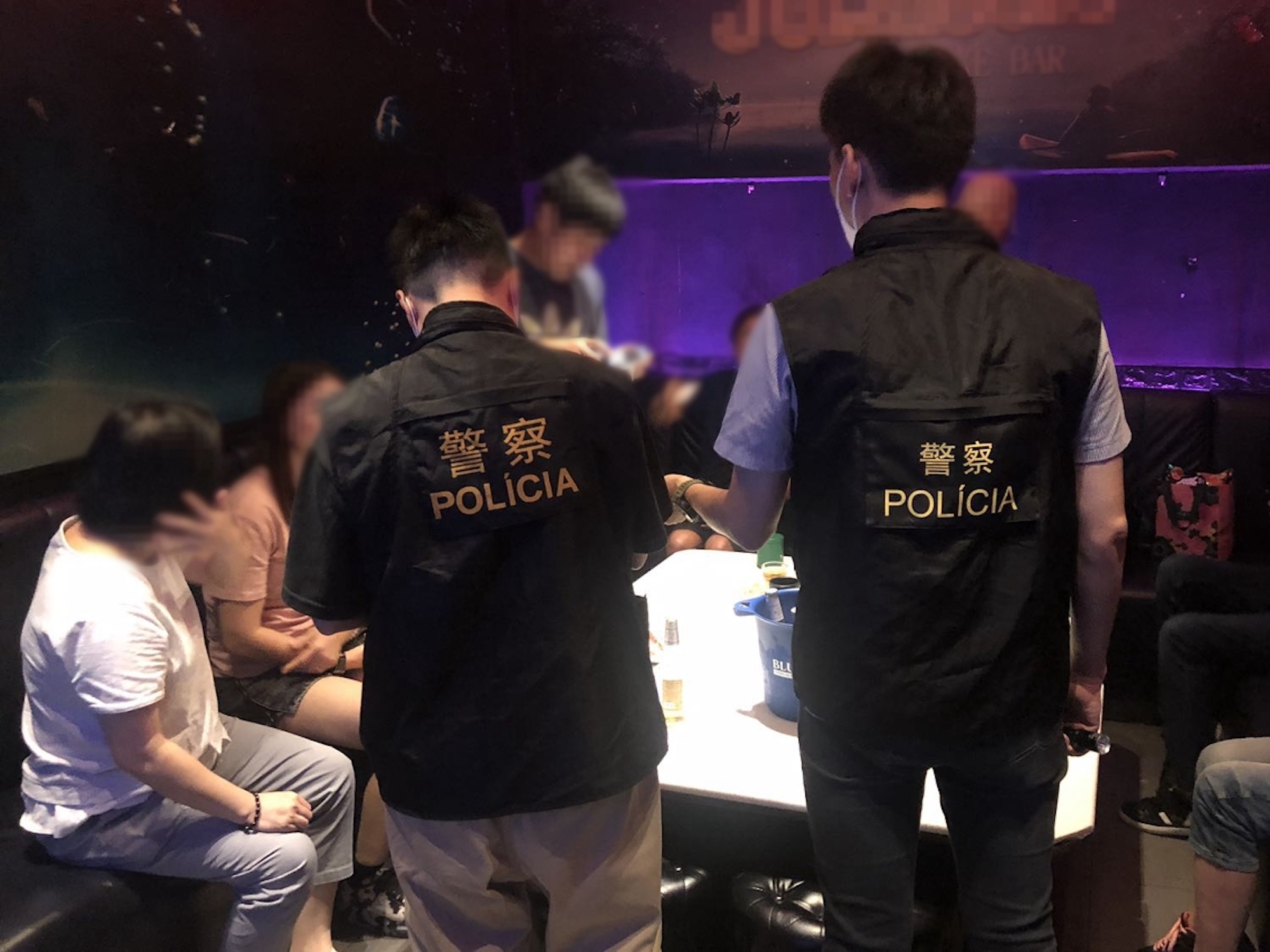 Judiciary Police (PJ) spokesman Ho Chan Nam said that the operation targeting the syndicate was started on 20 February when eight members were arrested. The PJ then exchanged further intelligence with the Public Security Bureau (PSB) in Zhuhai and identified the two alleged leaders of the group – a 34-year-old local male IT specialist and a 34-year-old female intermediary.

Ho said that on Sunday the police launched the raid and arrested the duo, along with seven suspected fellow members of the ring – all locals aged between 28 and 51 years, in eight residential units and a shop, as well as four hotels in ZAPE. The 26 prostitutes who came from mainland China to Macao as visitors were also apprehended during the operation.

Ho said the police found that 10 years ago the IT specialist had opened a website to attract sex clients, adding that information about the sex workers such as their “fee”, phone number and appearance was also listed on the website. The other members, including the 34-year-old intermediary, were tasked with advertising and recruiting sex workers, as well as creating new posts on the discussion forum about the “reviews” of the respective sex workers’ “performance”.

Ho added that the members also edited and circulated sexy photos of the prostitutes to attract clients. They also created online chat groups for “premium” clients and sex workers for bookings and exchanging information.

Ho added that tens of thousands of people had registered on the website, while the syndicate made its income from uploading over 52,000 “ads” for the sex workers’ services, charging them MOP 300 for each “ad”. The police conclude that the gang made MOP 15 million over the past decade.

The police also seized over 2,000 condoms, 90 electronic devices, around MOP 100,000 in cash and five cars during the raid. Ho added that the syndicate also sold and delivered adult products imported from mainland China to the prostitutes.

While prostitution is not illegal in Macao, it is illegal to control prostitutes. It is also illegal for visitors to engage in gainful employment while in the city, The Macau Post Daily reported.