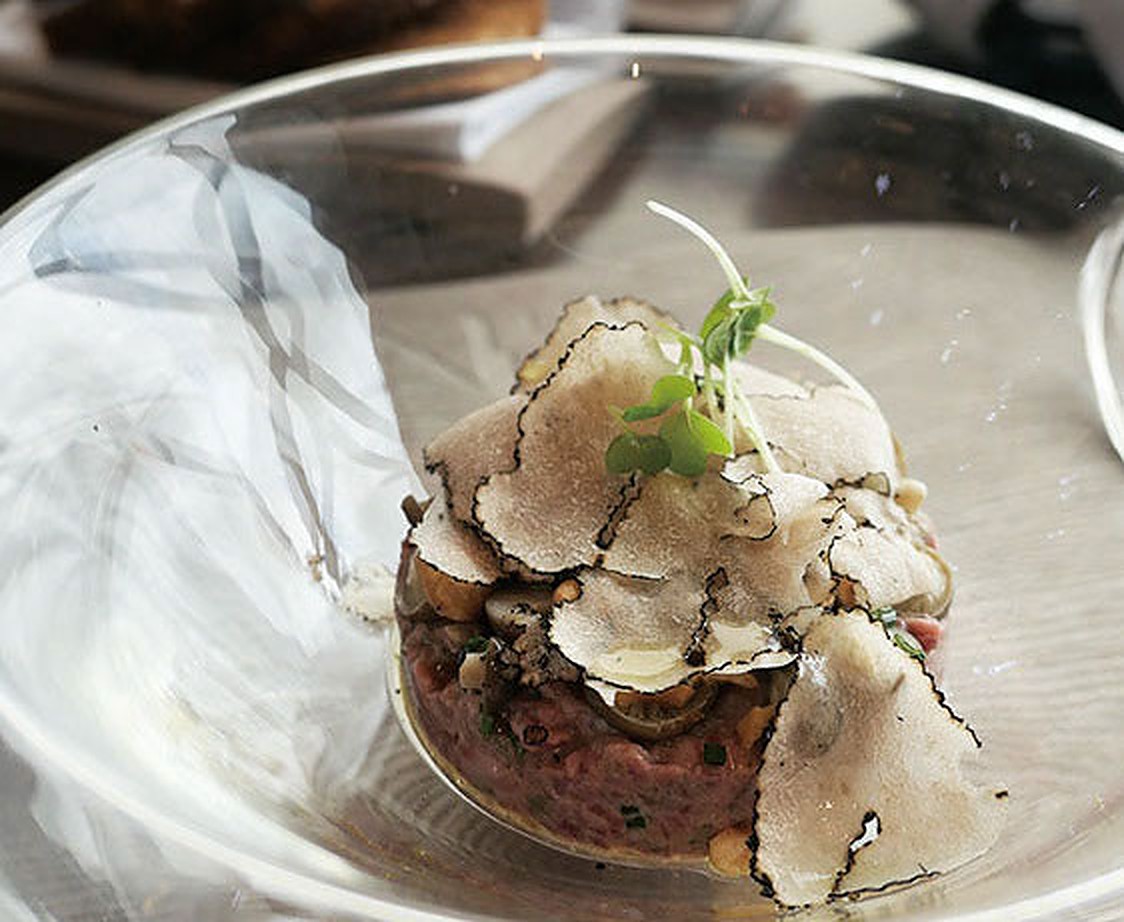 Mandarin Oriental has given the menu at its Vida Rica Restaurant an update with a selection of classic Western cuisines with a twist by Chef de Cuisine Marco De Boni.

Besides savouring their Chinese favourites and dim sums, patrons at Vida Rica can also at the same time enjoy Western dishes.

An Italian national, De Boni has more than a decade of culinary experience in hotel brands such as Bvlgari, Armani Hotels, Palazzo Versace, Shangri-La and Four Seasons.

“I like to play with flavours, such as ginger and limes, that are not often seen being used in traditional Western cuisine,” he told the Macau Post Daily during a recent tasting session.

With the classic beef tartare, De Boni’s version is enhanced with hazelnut bits and paired with toasted sourdough bread, giving the dish a nutty taste and a crunchy texture.

For soups, the chef introduces Red Prawn Bisque as a lighter alternative to the lobster bisque but still packs a full and rich seafood flavour that satisfies the taste-buds.

One of the chef’s recommended main dishes is Sea bass with Bell peppers, Lobster and Piri-Piri sauce, as it boasts flavours from the sea and the Mediterranean, boosted with some zing and spice from the Portuguese-African sauce.

For those with a sweet-tooth they can try the Chocolate Fondant for dessert because this one oozes caramel peanut butter.

The restaurant is currently offering a 20-per-cent discount on all food and beverages when paid by MPay, Macau Pass or the government Consumer Subsidy Smartcard. The offer is valid until 31 July.