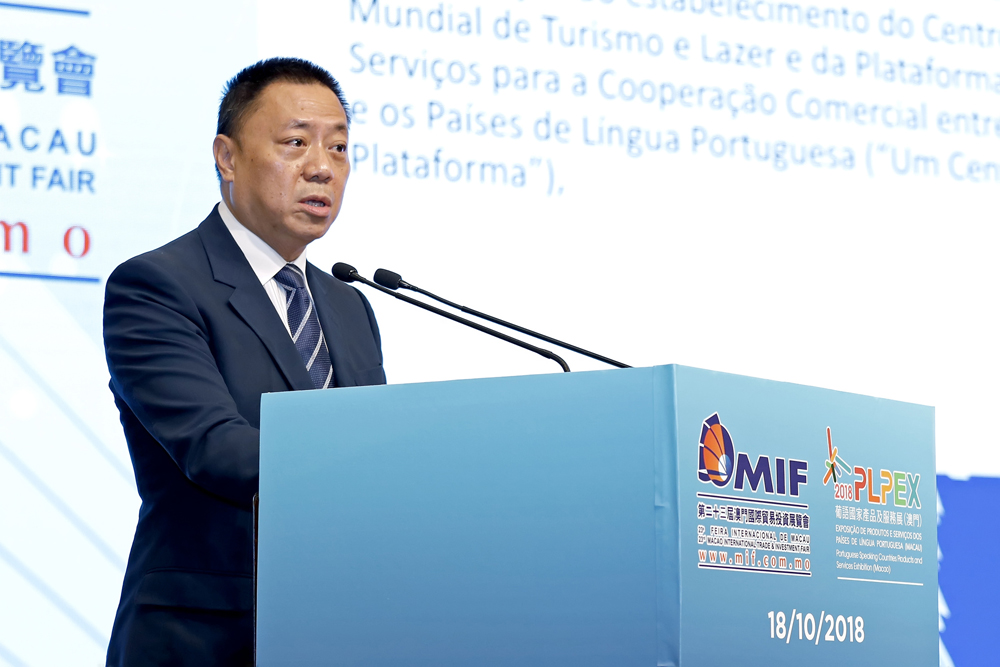 The Secretary for Economy and Finance of Macau Leong Vai Tac said Thursday in his opening speech during the Macao International Trade and Investment Fair (MIF 2018) that Macau has made considerable progress in its efforts to integrate itself into the national development.

He also said that Macau is supporting the building of the Belt and Road initiative, the construction of the Greater Bay Area and accelerating its development as a World Center of Tourism and Leisure and the Commercial and Trade Co-operation Service Platform between China and Portuguese-speaking countries.

“In terms of the MICE industry (meetings, incentives, conferences and exhibitions), Macau has been committed to nurturing a number of signature local exhibitions and has worked proactively to introduce new conferences, seizing thousands of attendees,” Leong said.

Leong Vai Tac said that “Looking ahead, Macau will continue to strength its function of precise link as a platform between China and portuguese-speaking countries. The city will endeavour to fulfill its historic role in the new era and seize development opportunities to serve the needs of our country and deliver the strengths of Macau.”

The 23rd Macao International Trade and Investment Fair and 2018 Portuguese-speaking Countries Products and Services Exhibition (Macau) (2018 PLPEX) opened Thursday at The Venetian Macao with the presence of senior government officials, entrepreneurs and businesspeople from Macau, mainland China, Portuguese-speaking countries, countries and regions along the “Belt and Road”, European countries.

MIF is organised by the Macao Trade and Investment Promotion Institute and this theme is “Co- operation – Key to Business Opportunities.”

MIF invited Mozambique and Fujian as its Partner Country and Partner Province respectively.

With a bigger scale and more diverse activities organised, the 2018 PLPEX has attracted more than 250 exhibitions from mainland China, Macau, Hong Kong, and the eight Portuguese-speaking countries and regions.