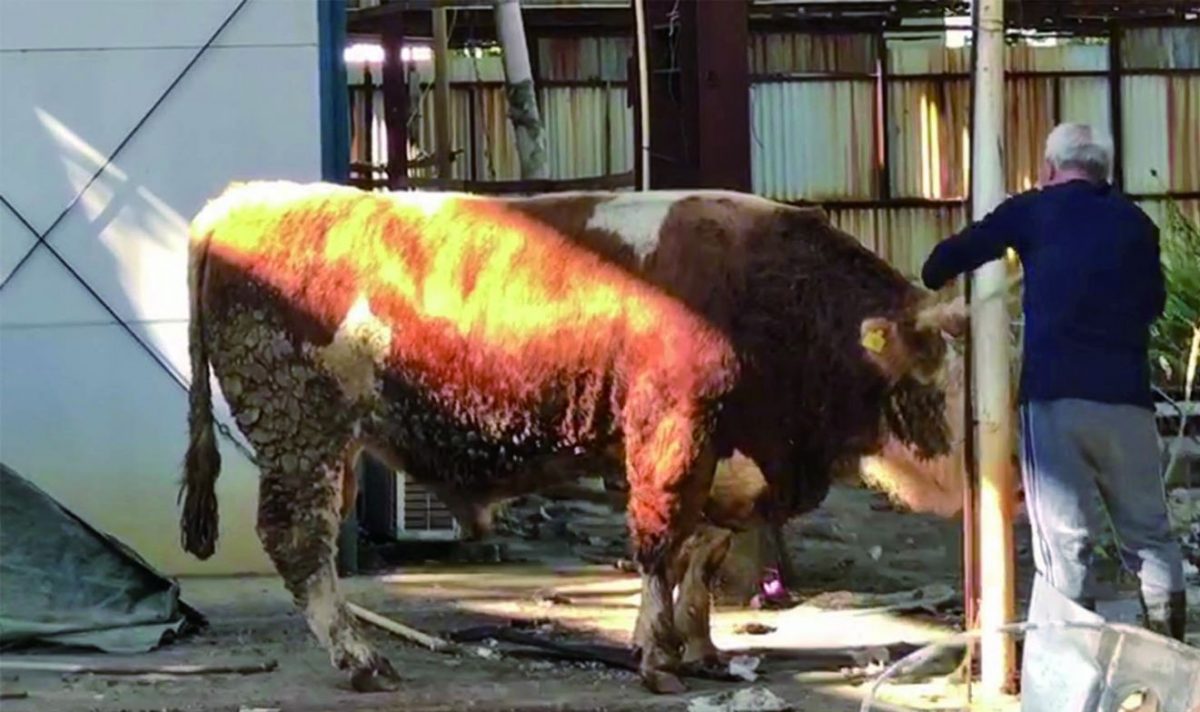 The local government will officially adopt the “lucky” ox that managed to escape from the abattoir in Ilha Verde district last Wednesday, Municipal Affairs Bureau (IAM) President José Tavares said on the sidelines of a public event on Saturday.

According to Tavares, the bovine is a type of “yellow cattle” breed and is over two years old. The breed of cattle has a 20-year life span, Tavares said.

The lucky bullock is going to be adopted by the Municipal Affairs Bureau on Tuesday and taken to the bureau’s Oscar Farm in Coloane from the Macau Slaughterhouse for 30-days quarantine, according to Tavares.

According to the Macau Post Daily, Tavares also said that the bureau has carried out work for the bovine to move into his temporary residence at the farm.

“The place where the bovine is to be transferred on Tuesday at Oscar Farm is originally a deer-breeding area in the park, therefore some fences have to be re-built. Later, the ox will get a permanent home in Seac Pai Van Park where the pandas also live”, Tavares said.

It was expected that members of the public could “interact closely” with the ox as early next year, before the Chinese New Year next month”, Tavares added.

As for naming the bovine, Tavares also said that he would take past experience into consideration for the naming of animals, before making a public announcement.

Oscar Farm covers an area of 7,000 square metres. The farm provides a variety of facilities such as a camp site, a marquee for events, a café, chess corner, barbeque zone, interactive stage and organic farming plot. It is located in Estrada de Cheoc Van, according to the bureau’s official website.

It has been suggested by a number of our readers that our runaway should have a companion as cattle are very sociable and even short-term isolation can cause extreme psychological stress.

Over 200 readers responded to an appeal by The Macau Post Daily to suggest names for the ox. Here are the names received over the weekend: Clyde (and get him a friend and call her Bonnie), Wyatt or Doc, Stormin’ Norman, Lucky, Hercules, Chanceux, Vache Brune, Fuga, Fortunato, Libertà, Saved, Happy, Fancy Free, Cant’s Tie Me Down, Ronnie Biggs, Life is Beautiful, Wong Choi, Lek Jai, Fortune, Break Free.

Lucky turned out to be by far most popular name sent in.

So let’s see which name the Municipal Affairs Bureau will come up with.