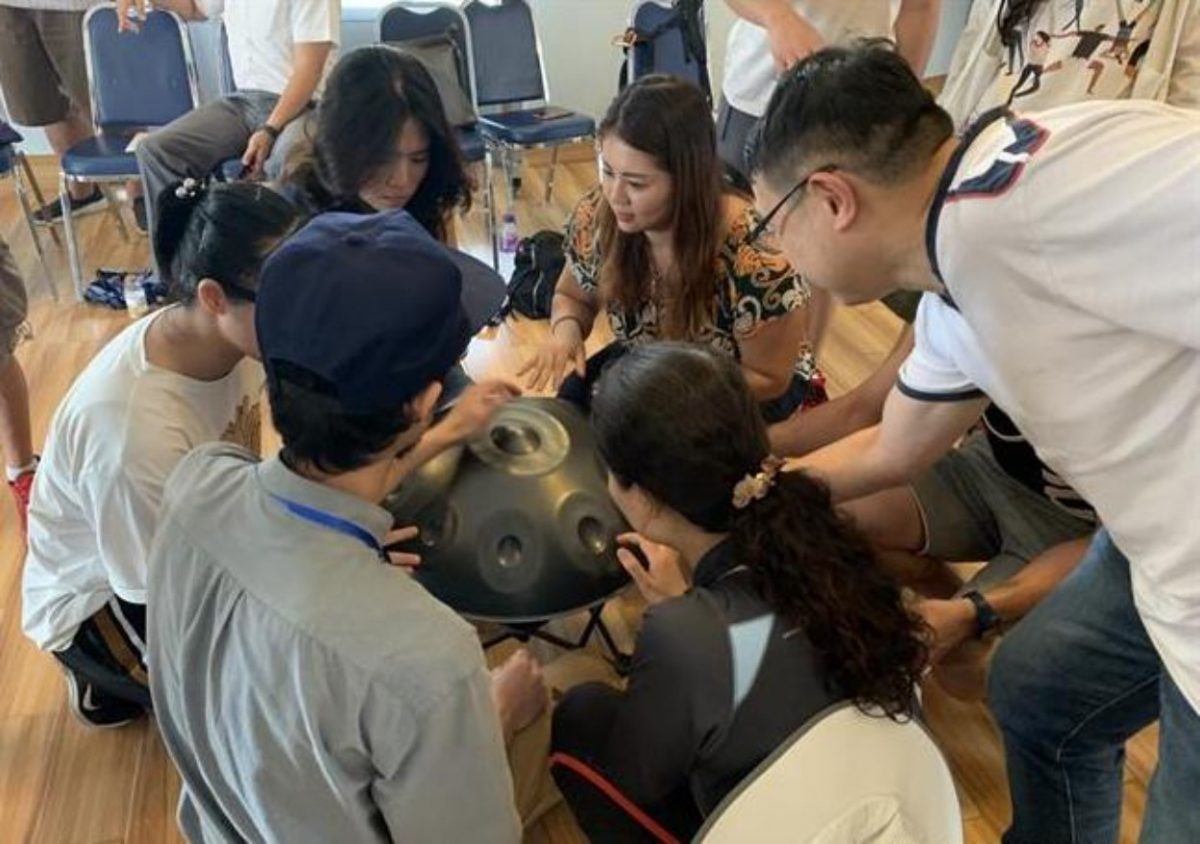 According to the statement, a number of music activities will be held online and in different areas of the city, as well as a raft of music workshops and a short video competition – “HUSH!! 300 Seconds”. The first gig – “Music Day Online” – will be held online this Sunday.

The “Music Day Online” show will be broadcast on the “HUSH Full Music” Facebook page between 3 p.m. and 6 p.m. on Sunday, which will also include the “Fête de la Musique” featuring free music activities held in more than 430 cities from 110 countries and territories, “manifesting the spirit of spreading music everywhere,” the statement said.

The “Fête de la Musique” will debut via online broadcasting, featuring musicians from Hong Kong, Macao and the mainland – namely Jun Kung, Ghostly Park, Eva & Sin, Catalyser, Worktone String Quartet and ASURA – to kick-start the event and share music with audiences from around the world, the statement said.

Aiming to promote diverse music and provide exchange opportunities for artists, according to the statement, the “Hush!! Full Music 2020” event offers four music workshops at the Macau Contemporary Art Centre – Navy Yard No. 2.

First, “World Music Percussion Workshop – Learning Asalato and Handpan” on July 4, where ASURA, a Macao band dedicated to promoting tribal musical instruments and world music, will introduce extraordinary percussion instruments, including the “asalato” from Africa and the trendiest instrument, the handpan.

The asalato (also known as kashaka) is a percussion instrument consisting of two small gourds filled with beans. Handpan is a term for a group of musical instruments that are classified as a subset of the steelpan, a musical instrument originating from Trinidad and Tobago, according to Wikipedia.

Second, “What Can Lyrics Tell Other Than Love?” on July 5, in which local composer, lyricist and music theory instructor Joe Lei will share with participants his experience of writing lyrics and the source of his inspiration.

Third, “Metal Growl Singing Workshop” on July 10, in which Big Daddy S., the vocalist of Luktomo, will teach the basic mechanism of the human vocal system and guide participants to produce different kinds of growling sounds, thereby helping them to discover their unique vocal timbre.

Fourth, “Experience Electronic Music Production” on July 12, in which the DJ, music producer and host of the workshop Mark Lam (also known as “Pai LeaDer”), will give participants an overview of electronic music culture, the equipment, production process and operation.

Those interested and aged 13 or above are welcome to participate in the workshops with free admission. Registration is open from 10 a.m. from today through the “Activity Registration System” on the Cultural Affairs Bureau’s website at www.icm.gov.mo/eform/event. Vacancies for each workshop are limited to between 25 and 40 and acceptance is on a first-come, first-served basis, the statement underlined.

Meanwhile, the short video competition “HUSH!! 300 Seconds” will be held again this year, giving the public the opportunity to showcase their musical talent and the diverse possibilities of music.

All interested parties may submit the application forms together with a video of their own instrumental or vocal performance, and will be eligible to win prizes. The awards, sponsored by Galaxy Entertainment Group (GEG), Bank of China (BOC) Macau Branch, OCBC Wing Hang Bank and Air Macau, and selected by the organiser and seasoned musicians, include the “Attractive Music Award”, “Creative and Fun Award”, “Heartwarming Award”, “Participation Spirit Award”, “Most Popular Awards” for entries with the highest number of “likes” and the “Active and Enjoyment Awards” for the first batch of participants who submit their videos. The short video competition “HUSH!! 300 Seconds” will accept submissions from today to July 27, and the award ceremony will be held on August 2 during the concert “Hush!! Full Music 2020”. The regulations and application form can be downloaded from www.icm.gov.mo.

All activities of the “Hush!! Full Music 2020” event will be arranged in line with the Health Bureau’s anti-COVID-19 guidelines.