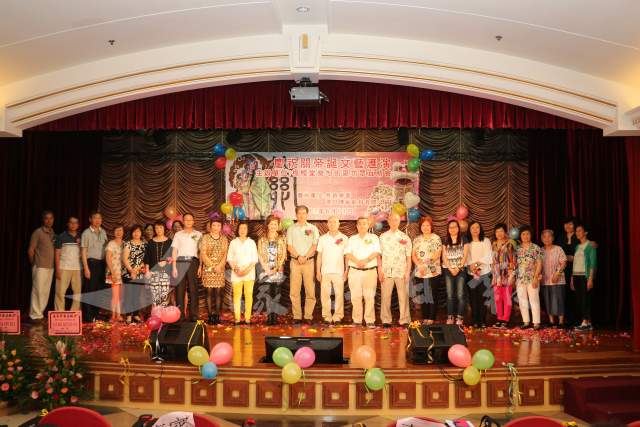 Police to use 300 more body cams next quarter

Liaison chief urges society of Macau to ‘spare no effort’

The Macau General Union of Neighbourhood Associations (known in Cantonese as Kai Fong) hosted an event at Kam Pek Community Centre in Avenida de Almeida Ribeiro yesterday to celebrate the birthday of Guan Di, the god of war. Hundreds of people attended the one-day event and filled the auditorium with a lively atmosphere.

The Chinese deity’s birthday was on 12th day of the fifth month of the Chinese lunar calendar, last Friday.

Zau Kam Yuk, who heads the Welfare and Mutual Help Association for Rua de S. Domingos and Rua dos Mercadores and Surrounding Areas, said in her opening speech the aim of the annual event was to promote traditional Chinese culture, enhance the younger generation’s knowledge of Guan Di, and also to promote the development of Macau’s cultural industry.

The association is a Kai Fong branch.

Zau said she wished that through the event, the neighbourhood’s residents could enjoy the liveliness of the celebration and immerse themselves in the festive atmosphere.

The association organised the event to celebrate the birthday of the divinity, who is immensely popular among ordinary people, complete with dancing and singing performances.

According to the online Encyclopædia Britannica, Guan Di, historical name Guan Yu, is a Chinese deity who had control over evil spirits. Guan Di’s power was so great that even actors who play him in dramas share his power over demons. The deity is the chosen patron of numerous trades and professions. This was because Guan Yu, the mortal who became Guan Di after death, was a peddler of bean curd early in his life.

Guan Yu lived during the era of the Three Kingdoms (220-280 AD). He’s also known as the “Chinese Robin Hood”. Legend has it that Guan rescued a young girl who a magistrate was about to kidnap. Guan eventually killed the magistrate. While fleeing for his life, his face changed to a reddish hue and Guan was able to escape unrecognised. Therefore, statues and images of Guan Di have a red face.