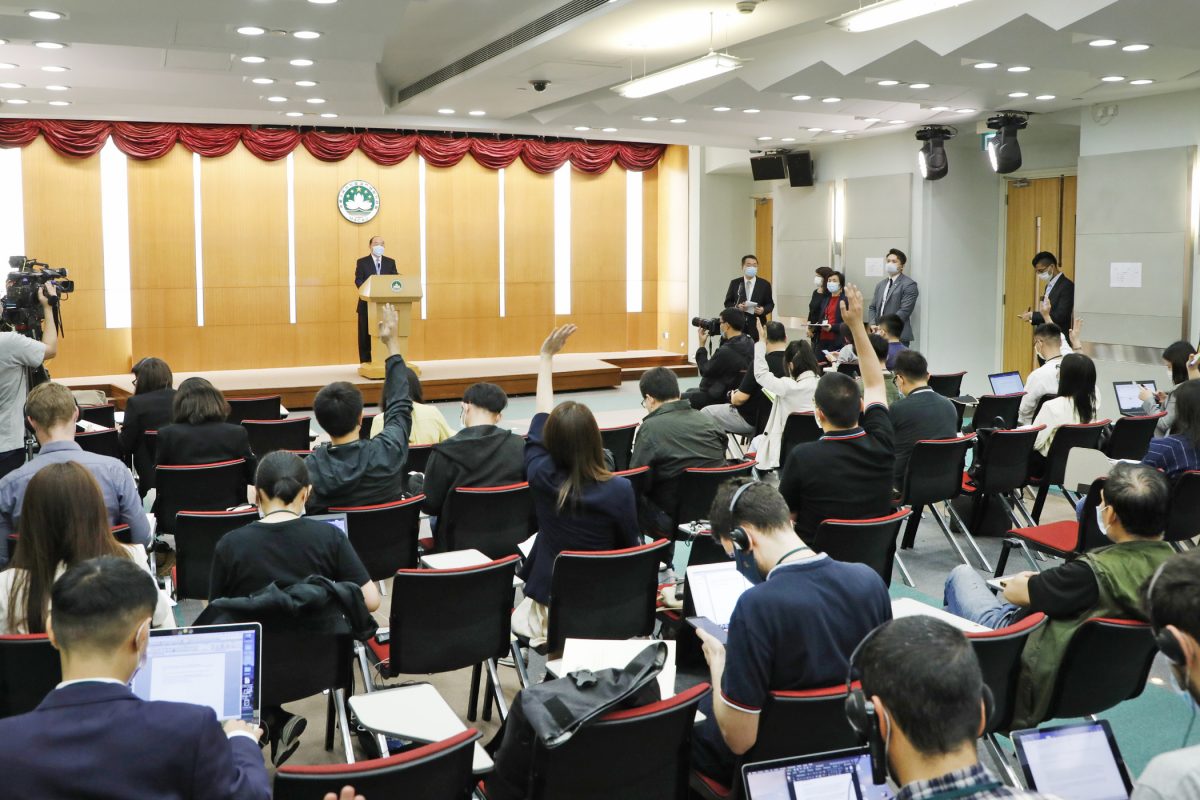 Ho made the remarks when a reporter asked him during a press conference at Government Headquarters on Monday whether he wished that the adjacent island could become “the second Macau.”

The press conference was held about 30 minutes after Ho’s 2020 Policy Address in the hemicycle of the nearby Legislative Assembly.

Ho used the public University of Macau (UM) on Hengqin Island as an example. He said he wished that one day Hengqin would apply the same “system” as Macau’s to make it a place that could help Macau’s development, even though Macau law would not be applicable to Hengqin.

Macau has leased a one-square-kilometre plot of land on the island for the campus of the University of Macau from the mainland city of Zhuhai.

Ho pointed out that Macau needs space for development, especially for promoting its diversified economic development in a short period of time. Ho noted that land reclamation from the sea takes a long time and therefore was not a “suitable” choice.

On the other hand, Ho pointed out that Hengqin also has its own drawback, which is that currently a manufacturing industry cannot be developed there.

Ho underlined that the government is coordinating with the Hengqin government, hoping that the latter would provide some space for high-tech related manufacturing industries, in order to promote further cooperation between Macau and Hengqin.

E-payment is an important element for a smart city, Ho said, adding that the government’s measure to issue consumption subsidy smartcards was based on two considerations, one was hoping to provide more income to small and medium-sized enterprises (SMEs) and the other was to promote e-payment in the local market.

In order to cope with the COVID-19 epidemic, the government has earmarked MOP 50 billion (US$6.26 billion) to help all walks to life get through this difficult period, accounting for 12 per cent of local GDP, which was “not a low standard” compared with other places in the world, Ho said.

Among the MOP 50 billion, MOP 3 billion has not yet been designated for a particular purpose but will be used to help Macau’s economy recover in the future, Ho underlined.

Ho also pointed out that in the future the government would reduce “unnecessary” spending and impose “strict” control measures on public administration budgets.

On the other hand, the government will increase expenditure on large-scale activities such as the Macau Grand Prix, with the hope of attracting more tourists to Macau and further promoting Macau’s economy, Ho said.

Ho said he hoped that the current number of 38,000 public servants has reached its “peak”, but he also pointed out that each year the government would still recruit “proportional numbers” of new public servants. He did not elaborate.

Ho underlined that the current overall number of public servants will not decline, adding that the government could use secondments as a measure to fill government entities that are short handed.

Ho pointed out that the government is drafting a law on the setting up a system of secondments.

‘No home without state’

Ho vowed during the press conference that his government will continuously defend national security.

Ho stressed that there is no home without a state, and there is no Macau Special Administrative Region (MSAR) without the People’s Republic of China (PRC).

“We need to pay attention to national security at all times, it is a long-time job,” Ho said.