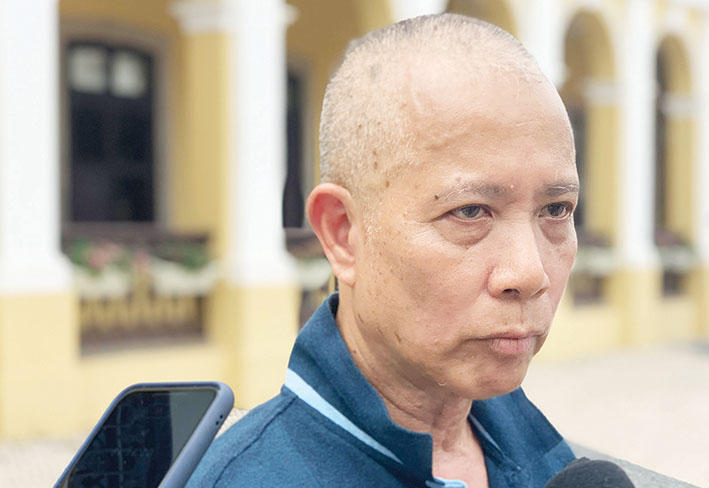 International Museum Day to be celebrated for one month

A representative from the Concern Group for the Protection of the Guia Lighthouse, Chan Tak Seng, urged the Cultural Affair Bureau (IC) on Wednesday to complete the government’s preparations for the “Protection and Management Plan of the Historic Centre of Macao”.

Chan made the remarks outside the IC headquarters in Praça do Tap Seac, before a meeting between the group and officials of the secretariat for Social and Cultural Affairs in the building.

According to a statement provided by the group, “in 2005, the World Heritage Committee decided to inscribe the ‘Historic Centre of Macao’ on the World Heritage List and recommended ‘to make every effort to develop the management system so as to retain the existing structural and visual integrity, and to maintain the principal sightlines of the nominated area within its contemporary setting.’ However, 15 years later, the preparation of the ‘Protection and Management Plan of the Historic Centre of Macao’ has not yet been completed.”

Chan said that according to a 2008 executive order all new buildings located in Calçada da Surpresa would not be allowed to be taller than 52.5 metres. The executive order also stated that the government would keep the previously announced decision intact to maintain the height limitation of building projects in Avenida do Doutor Rodrigo Rodrigues at the foot of Guia Hill at 90 metres, according to Chan.

The executive order was signed by the then chief executive Edmund Ho Hau Wah.

However, Chan said that limiting the building height at 90 metres would not maintain the visual integrity of the Guia Lighthouse. He urged the government to abide by the World Heritage Centre guidelines and review the information for any major development project that may potentially impact the Guia Lighthouse before any irreversible decision is made.

After the closed-door meeting, IC President Mok Ian Ian told reporters that the bureau was grateful for the concern group’s comments, adding that the bureau valued the importance of Macao’s historical heritage. She also said that the bureau was actively looking for feedback from the general public on how to improve the “Protection and Management Plan of the Historic Centre of Macao”.

Mok said that her bureau will keep in touch with the group.

President of the Cultural Affairs Bureau resigned due to health reasons