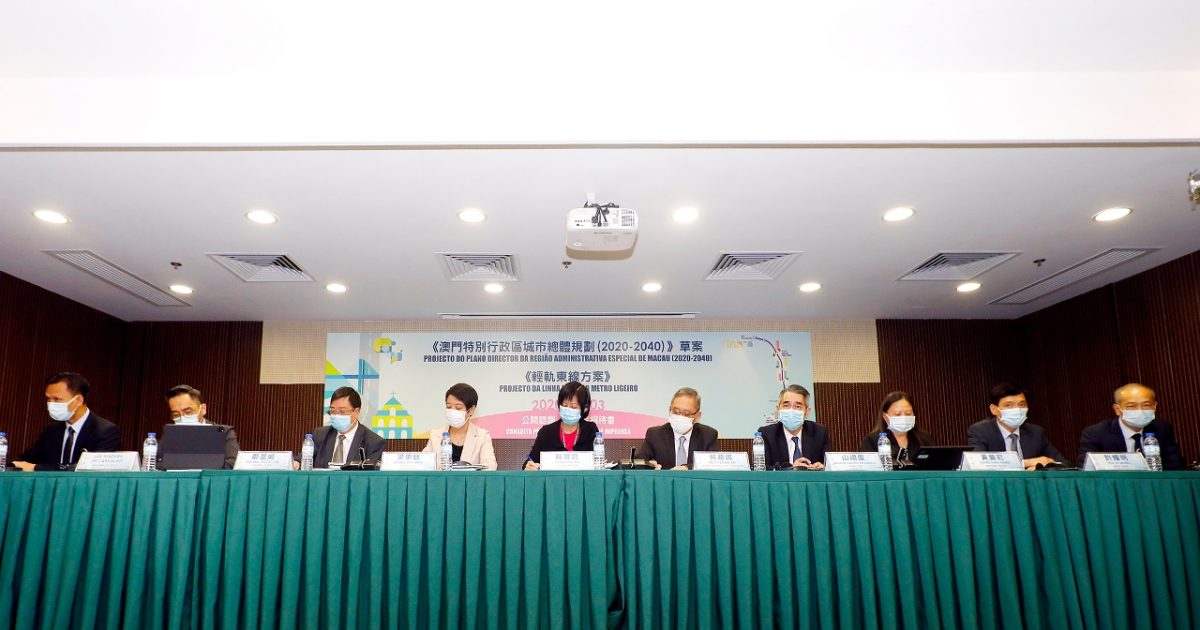 1st batch of LRT trains to arrive at end of month

The government launches a two-month public consultation today about its plan to build the “East” section of the Light Rail Transit (LRT), according to which a one-way journey – from the peninsula’s Barrier Gate border checkpoint to the Taipa Ferry Terminal – will only take 15 minutes.

The LRT “East” section will include a sea-crossing section connecting the Barrier Gate checkpoint to the Taipa Ferry Terminal in Pac On via the Zone A and Zone E1 land reclamation areas. The government proposes that the “East” section will cross the sea through an undersea tunnel. The government announced details of its LRT “East” section project during a press conference at the Lands, Public Works and Transport Bureau (DSSOPT) on Thursday. During the press conference, Ho Cheong Kei, who heads the government-owned LRT company, said that the “East” project’s construction would take five to six years. According to the proposal, the first station of the LRT “East” section will be built undersea off the northern coast of the peninsula and will be a two-minute walk from the Barrier Gate checkpoint. The section will continue to run under the sea off the coast before arriving at the second station, which will be located outside the Residência Macau residential estate.

According to the proposal, the section will then run into Zone A underground. It will run through Zone A under its “central green corridor”, serving three stations there, before crossing the sea through an undersea tunnel. According to the proposal, the section will then enter Zone E1 where there will be one underground station, the sixth and last station of the LRT “East” section. Afterwards, the track will gradually leave the underground segment and run on an elevated track before linking up with the Taipa Ferry Terminal station – the eastern terminus of the LRT Taipa section.

The public consultation document says that the LRT “East” section will be able to operate in adverse weather as it will be an underground and undersea railway.

The Taipa section is Macao’s first LRT which came into service in December last year. The 9.3-kilometre-long Taipa section, which also covers Cotai, has 11 stations.

During the press conference, Ho said that based on the proposed length of 7.65 kilometres, for the time being, the government estimates that the construction of the LRT “East” section project would take five to six years. Ho underlined that the government will only be able to come up with a more exact construction period after the bidding process for the project.

Ho also said that for the time being the government cannot come up with a budget for the LRT “East” section project as Macao lacks previous construction statistics for underground or undersea tunnel projects, apart from the fact that now is merely a public consultation rather than a final design. Ho noted that in reference to underground or undersea railway projects in the neighbouring cities, the average cost per kilometre of the 21-kilometre-long Beijing Subway Line 3 is around 1 billion yuan (MOP 1.166 billion), while the average cost per kilometre of the 17-kilometre-long Hong Kong MTR Sha Tin to Central Link is around HK$4 billion (MOP 4.188 billion).

Ho also said that the government will consider that each station of the LRT “East” section will have a number of shops, with the aim of financing some of its expenditure to run the LRT system. The LRT stations in Taipa and Cotai do not have any shops, unlike their MTR counterparts in Hong Kong.