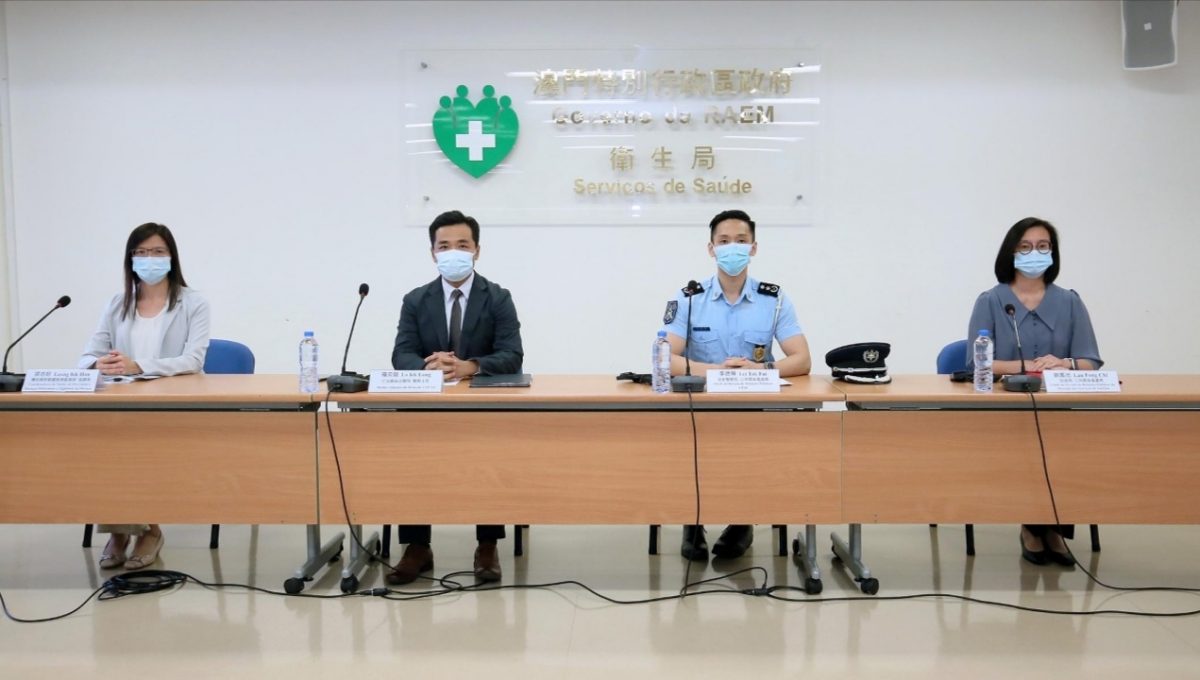 Hong Kong registers 106 new COVID-19 cases, down by more than a quarter from previous day’s high

MUST wants to join NAT scheme

Addressing Monday’s press conference about Macao’s novel coronavirus situation, Alvis Lo Iek Long, a clinical director of the public Conde de São Januário Hospital Centre, announced that the local government has raised from today the quota for its nucleic acid testing (NAT) scheme’s online appointment system to 19,000 people per day in response to the recent rising demand for COVID-19 testing as many residents are planning to travel outside Macao around the upcoming National Day-cum-Mid Autumn Festival holiday period, which starts on Thursday.

The Health Bureau (SSM) has commissioned a third-party testing institution – Kuok Kim (Macau) Hygiene Examination Company Limited – to carry out COVID-19 testing under its NAT scheme, which was launched in May, at two testing stations – the main one at the Taipa Ferry Terminal in Pac On and the other one at the Macau Forum complex in Zape. The private Kiang Wu Hospital and the University Hospital run by the private Macau University of Science and Technology (MUST) joined the government’s NAT scheme last month and last week respectively.

Macao residents and non-resident workers (informally known as blue card holders) are exempted from the testing fee of MOP 120 when undergoing their first COVID-19 test at the Pac On testing station and the Macau Forum testing station, while they do not enjoy the first-test fee waiver when undergoing the nucleic acid test at Kiang Wu Hospital and the University Hospital, as the two hospitals have applied to provide COVID-19 testing service under the government’s NAT scheme so that it is not a service outsourced by the government, unlike Kuok Kim which has been commissioned by the government to carry out COVID-19 testing under its NAT scheme.

This year’s Mid-Autumn Festival on the 15th day of the 8th month on the lunar calendar this year coincides with National Day on 1 October. The National Day and the day after the Mid-Autumn Festival are public holidays in Macao, as well as mandatory holidays. Therefore many residents will be able to enjoy a holiday of at least four days, from Thursday to Sunday. Besides, next Monday is a holiday for Macao’s public servants.

Lo said on Monday that the government had noticed an “obvious” increase in the number of residents undergoing COVID-19 tests under its NAT scheme in recent days, due to the fact that many locals are planning to travel outside Macao during the approaching holiday period. Lo said that therefore the government had already raised the quota for COVID-19 testing carried out at the Pac On testing station and the Macau Forum testing station from the initial 11,000 to 13,000 people per day on Saturday last week.

Lo said that the NAT scheme’s quota for COVID-19 testing carried out at Kiang Wu Hospital and the University Hospital was each raised by 500 people per day on Monday, while the quota in the two hospitals will be raised to 3,000 people each per day today.

Before Monday’s increase in the NAT quota at the two hospitals, Kiang Wu Hospital had 1,000 places available per day, while 500 places per day were available at the University Hospital.

Lo said that consequently from today a total of 19,000 places per day are available for people to make an online appointment for COVID-19 tests under the government’s NAT scheme, adding that the government believes that this can meet the rising demand of local residents wanting to undergo nucleic acid tests due to their travel plans outside Macao.

All residents can undergo COVID-19 tests at Macau Forum

20th ‘government facemasks’ round will include 30 facemasks per pack