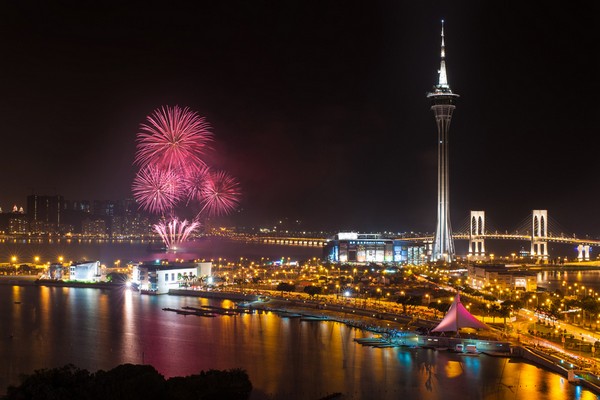 Macau’s GDP decline slows to 7.1 per cent in Q2

Macau and Guangdong jointly promote multi-destination travel upon “One Belt, One Road” initiativ

SAS BREZAC Artifices, from France, won the 25th Macau International Fireworks contest  followed by China and Switzerland in the second and third rank.

The prize for the champion team is US$ 8,000 US dollars whereas the second and third prize winners were awarded 4,000 and 2,500  dollars respectively.

Four of the teams won the championship in the past Macau contests.(macaunews)

Hong Kong -Zhuhai-Macau bridge could open in May or June

Survey finds 60 pct of dads are under pressure