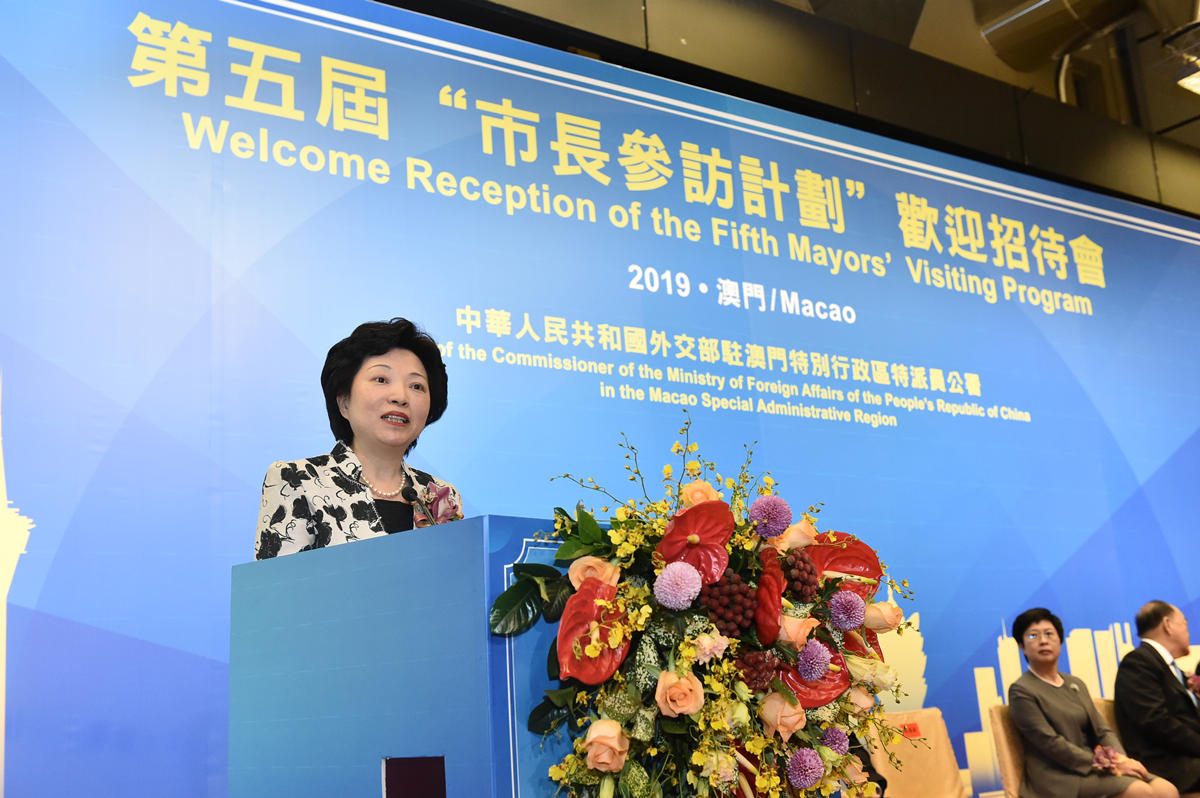 Foreign Ministry Commissioner in Macau Shen Beili said Thursday that with the implementation of the “One Country, Two Systems” principle and the development of Macau’s economy, there are more and more Macau citizens going abroad for studying, travelling, doing business and visiting relatives, adding that protecting the legitimate rights and interests of the Macau citizens abroad is the FM commissioner office’s important duty.

Shen made the remarks in a speech at a press conference about the commission’s “Consular Service Promotion Video and Guidelines” at Macau Tower.

The press conference was attended by journalists, pupils from more than 10 local secondary schools, government representatives and civic leaders. Around 200 people participated in the event.

On the sidelines of the press conference, the commission showed its “Safe Travel for Macau Citizens Abroad” video and distributed booklets entitled “Consular Protection and Assistance Guidelines for Macau Residents” among the attendees. The booklet, which is free of charge, is in Chinese only.

Shen noted that the video and the booklet aim to better implement the measures of giving consular protection to Macau citizens, as this year is the 70th anniversary of the founding of the People’s Republic of China (PRC) and the 20th anniversary of Macau’s return to the motherland.

Shen said she hoped that local citizens will find the video and the booklet useful when making trips abroad.

Shen urged all those who attended the event to share the information and knowledge of consular protection and assistance with friends and relatives, and also to join in building the “consular protection great wall” for Macau citizens’ legitimate rights and interests abroad.

Shen stressed that consular protection and assistance are important components of the nation’s diplomacy which, she said, is also closely related to people’s interests.

Shen also emphasised that the motherland is always the “most solid backing” for Macau citizens abroad.

Shen referred to what Foreign Minister Wang Yi said before: more and more Chinese citizens are travelling aboard, “security and convenience” are issues that citizens care most about, and the Chinese government is actively building a China’s security network abroad to ensure Chinese nationals’ safety when travelling abroad.(Macaunews)

Macau visitors down 11.9 percent in the first seven months of the year

AirAsia waiting for government response to Macau base plan