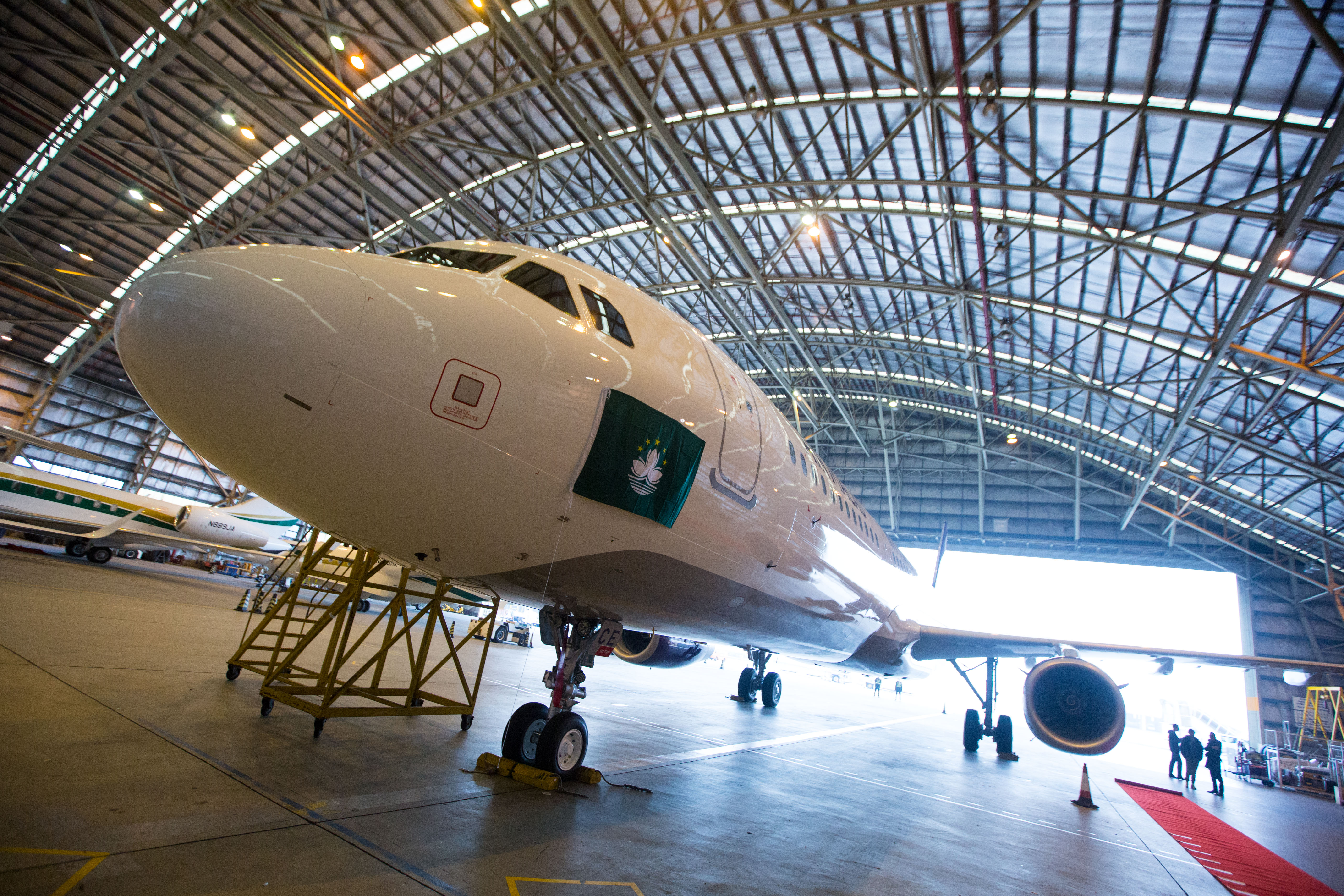 In March this year, Air Macau added a new route to the Japanese city of Fukuoka as part of its plans to expand in Northeast Asia and develop the mainland and Asian markets, chief executive officer Chen Hong said in an interview.

2015 was a mixed year for the company, overall the number of passengers in 2015 rose eight per cent from a year earlier to 2.37 million, while post-tax profits were 34.05 million patacas.

“There was a change in the structure of our passengers,” said Chen. “The number of high-paying passengers fell rapidly. The number of ordinary passengers grew, showing that there is potential for growth.” In the first two months of 2016, the number of tourists using Air Macau increased by 36 per cent from the same period last year.

According to statistics from the Macao Government Tourism Office, 30.71 million visitors came to the city in 2015, a fall of 2.6 per cent from 2014.

Air Macau was founded in September 1994, with its maiden flight to Beijing on 9th November  1995. It is a regional carrier with its head office and base in Macao.

It has more than 1,200 staff from 35 countries and places, with English and Chinese as its working languages in meetings and company documents.

In the first 13 years of its life, it played a special role in flying people between the mainland and Taiwan at a time when there were no direct flights. Passengers flew from Beijing, Shanghai and other mainland cities, had a brief stopover in Macao airport and then took a second plane to fly to Taiwan.

In 2008, direct flights began over the strait. Air Macau lost 60 per cent of its transit passengers; this was a very big challenge to the operating model of the airline, with a big loss in income, resulting in heavy losses. With strong support from the Macao Government, the Central Government Liaison Office and the Air China group, Air China led a restructuring of the shareholding structure and helped Air Macau out of its difficulties. At the end of 2011, there was a second restructuring of the capital. The SAR government increased its share of the capital; Air China reduced its share from 81 per cent during the first restructuring to 66.9 per cent.

In 2010, the airline returned to profitability and has remained in the black since then, for six years in a row.

In 2008, Air Macau started to change its market and business model, from being a trans-shipment centre between the two sides of the Strait to a ‘point-to-point’ market with Macao at its centre, as a city of tourism, leisure and entertainment.

The value of its assets rose five-fold between 2008 and 2014. This period reflected the dramatic growth of Macao as a tourist destination. Last year, the city attracted 30.71 million tourists, of whom two thirds came from the mainland.

In the Pearl River Delta, there are five major airports within a radius of less than 200 kilometres. They are Hong Kong, Shenzhen, Guangzhou and Zhuhai, in addition to Macao.

“I see this as both competition and co-operation,” said CEO Chen. “Over the last several years, there has been fast growth at all the PRD airports. Last year Macao airport handled a record 5.8 million passengers, up 6.4 per cent. Demand remains strong, which is good for all airports in the PRD.”

The Chinese aviation market is the fastest growing in the world. According to the annual work meeting of the Civil Aviation Administration of China (CAAC) in December, the industry has its most profitable year ever in 2015, with a total profit of 54.76 billion yuan in the first 11 months of the year, up 76.2 per cent over the same period in 2014. Passenger traffic had grown by an average of 10.4 per cent a year for five years, with the industry’s accumulated total profits for the five years reaching 180 billion yuan, more than triple the amount in the previous five years.

There is also competition for pilots. “In the Asia-Pacific region, supply cannot meet demand,” said Chen. “In North America and Europe, the situation is not so tight. When we recruit, we advertise worldwide. We mostly hire from Europe and America. In future, we will increase the training of our own pilots.”

“From the beginning, Air Macau has been a company of many nationalities and cultures, like Macao itself. We are very accustomed to this. It poses no problem to our management.”

Air Macau now has 17 aircraft, all Airbuses. The newest arrival is the “Taipa” which flew from Toulouse to Macao on January 29 this year and entered the fleet.

“The time to use a plane is decided by the company management. An old plane is like an old car. It requires more maintenance and the costs go up. We will do an evaluation. The average age of the planes in the Air Macau fleet is 6.6 years.

“I am an engineer by training, with a background in maintenance. Our standards are extremely strict, for maintenance and training of staff.”

He said that the company’s strategy is to buy new planes to replace old ones. “This year we will go up to 19 and then down to 18 at the end of the year.”

All the planes in the fleet are from Airbus. This makes it more convenient for the maintenance staff and the pilots, to use models made by the same manufacturer. “We are a middle-size company. If you do not have a certain scale (30-40 planes), you do not consider a second kind of plane. It would lead to a fall in efficiency and service and a diffusion of management.”

He said that there were no basic differences between Airbus and Boeing models. The technology and engineering are basically the same.

There are three different financing models. One is an outright purchase of an aircraft. The second is to buy it in instalments, like buying a house, using the plane as the asset.  The third is to lease it from a third party.

“Very few companies do the first option. Before, we took the third option, leasing a plane. Now we choose different options. This is decided by the flexibility and cost of capital,” Chen said.

Looking ahead, CEO Chen sees development of the mainland and Asian markets, bringing more visitors to and from Macao and serving as a transit centre for passengers from Northeast and Southeast Asia.

“Of our passengers, more than 50 per cent are from the mainland. Passengers choose our company because of our security, safety, promotion activities, tourism products, the attractiveness of Macao and their curiosity towards it. This demand in the mainland market will continue to grow in the future.

“Macao is growing and developing as a tourist destination. We hope that we can play an important role in this,” CEO Chen said.

The SAR government has declared as its objective making the city a world centre of tourism, leisure and entertainment.

Air Macau has a key role in this, to bring visitors not only from the mainland but from all over Asia. Currently, it flies twice a day to South Korea: once a day to Tokyo and Osaka: three times a day to Bangkok: five times a day to Taiwan: and once a day to Hanoi. On March 28, it also opened a new route, flying to the Japanese city of Fukuoka.

Chen also wants to develop Macao Airport as a transit point between the mainland and Northeast and Southeast Asia.

Mozambique and China: A fast friendship into the future