Extradition pact with Macau in works, Hong Kong says, after pair sentenced to jail for bribery 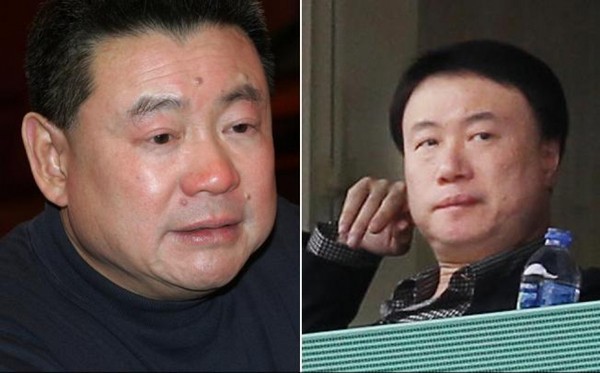 Extradition pact with Macau in works, Hong Kong says, after pair sentenced to jail for bribery

Hong Kong is in talks with Macau to establish a bilateral extradition agreement as ties grow between the two cities, according to the Sunday edition of South China Morning Post.
The Department of Justice offered the reassurance after Hong Kong tycoon Joseph Lau Luen-hung and businessman Steven Lo Kit-sing were sentenced to five years and three months by a Macau court on Friday.
Billionaire Joseph Lau, the head of Chinese Estates Holdings, was found guilty of bribery and money laundering in a land deal in  Macau.
Hong Kong’s fifth richest man, Lau was sentenced by a court in Macau, a former Portuguese colony which is now a Chinese special administrative region, Hong Kong’s RTHK reported.
Lau, chairman and CEO of Chinese Estates, and another high-profile tycoon, Steven Lo, chairman of the South China Football Club and movie-and-music entertainment group BMA Investment, were charged with offering a HK$20 million ($2.6 million) bribe to a former Macau government official, in a move to secure land near Macau’s Las Vegas style Cotai strip.
The pair will not see the inside of a jail cell as long as they do not set foot in Macau because of the lack of an extradition treaty between the two cities,  and, according to Macau law, their penalties will be voided after 15 years.
The department said it was discussing the surrender of fugitive offenders with jurisdictions including Macau.
Hong Kong has signed agreements with 17 countries, including Britain, India and the Philippines, but not with Macau, Taiwan or mainland China.
Hundreds of ferries take tourists and businessmen between Hong Kong and Macau daily, and traffic is expected to grow when a new bridge linking the two cities and Zhuhai opens in 2016.
“With increasing cross-border crime, especially white-collar crime, there is an urgent need for the four governments – [those of] the mainland, Macau, Hong Kong and Taiwan – to work out a single agreement or a series of bilateral agreements,” Professor Simon Young Ngai-man, of the University of Hong Kong’s law faculty, said. “This is important … also for cross-border evidence gathering, recovery of crime proceeds and transfer of sentenced prisoners.”Young said the lack of a pact was a post-handover shortcoming. In the colonial days, the two cities could move fugitives under British-Portuguese agreements.
“I have yet to see any political will in the two governments to try to reach a co-operation agreement in criminal matters.”
He said the main difficulty probably stemmed from differences in the criminal justice systems of the four jurisdictions, though the Hong Kong and Macau systems have more in common than either does with the mainland’s because of their common binding global human rights norms and absence of a death penalty.(macaunews)