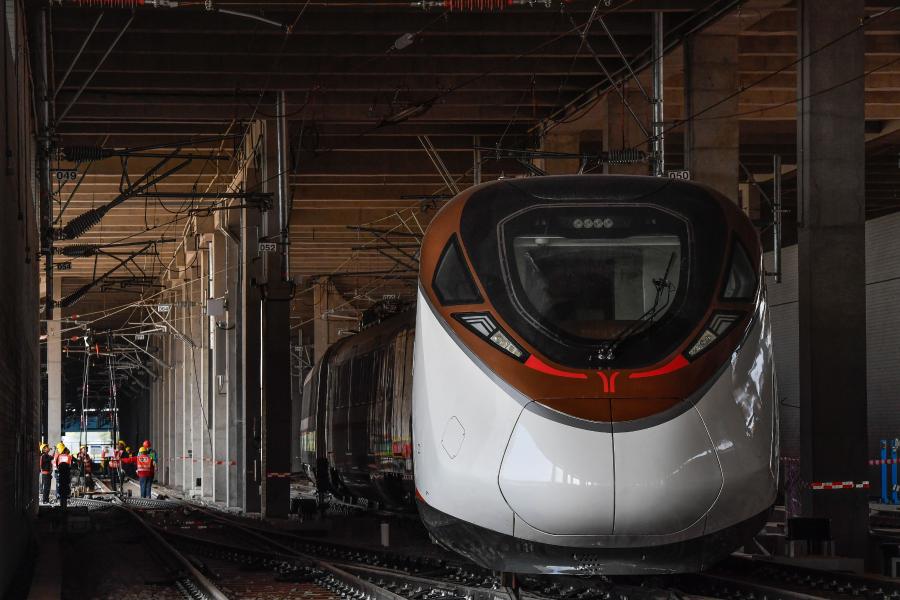 Guangzhou is going all-out to become a global transportation hub by spending billions on its infrastructure, China Daily has reported.

“As a national core city, Guangzhou will be able to play a leading role in coordinating and promoting the planning and construction of an advanced intercity railway network in the GBA in future,” Zhou said.

Guangzhou will also build a railway link with Macao and Zhuhai to promote their access to the national high-speed rail network, he said.

“Guangzhou plans to construct 15 intercity railway projects with a total investment of 398.3 billion yuan (US$61.8 billion) to help connect Guangzhou with major cities in the GBA,” Zhou said.

General Manager Wang Xiaoyong said that once the project is completed the airport, which now operates more than 230 international routes, will have three terminals and five runways, allowing it to handle more than 140 million passengers a year.

Despite the Covid-19 pandemic, Baiyun International handled 43.8 million passengers in 2020.

Yuan Yue, deputy director of Guangzhou Port, said it now operates more than 210 international container ocean routes and will complete the expansion of Nansha Port, located at the mouth of the Pearl River, this year. The project will dredge waterways and increase pier capacity to meet growing demand.

Guangzhou Port handled more than 56.7 million metric tons of cargo last month, a year-on-year increase of 19.3 per cent and a record high for a single month.

Its cargo throughput reached 636 million metric tons last year, ranking fourth in the world, while its container throughput was 23.5 million twenty-foot-equivalent- units, making it the fifth highest in the world.